OnePlus recently lifted the veil on its latest Nord smartphones, but missing amongst those was the previously-leaked Nord 2. The company accidentally confirmed the phone's existence a few weeks ago but we didn't hear anything more about it as the Nord CE 5G and N200 were launched. The true successor to the original Nord is still on its way, though, and today we're getting our first picture of what it's going to look like.

Notable leaker @OnLeaks has dished out renders based on leaked CAD data that show the upcoming mid-range phone and we're getting some real strong OnePlus 9R vibes. The design camera module, consisting of three sensors, is mostly responsible for this. Let's be honest, it looks like almost any other recent budget OnePlus phone. 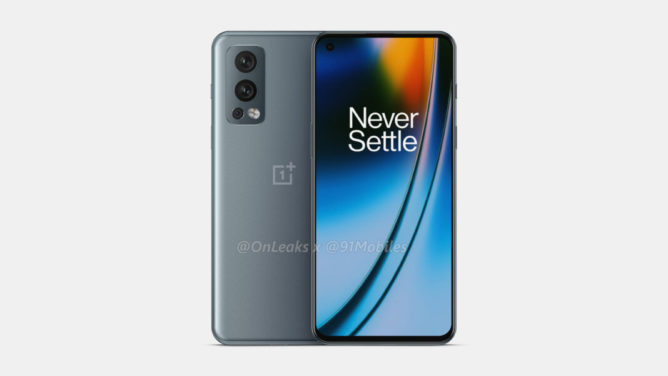 The camera configuration is rumored to include a 50MP primary sensor, accompanied by an 8MP ultrawide and a 2MP sensor of unknown variety. Like the OG Nord, it's said to sport a 32MP selfie sensor — but just a single punch-hole cutout this time around. 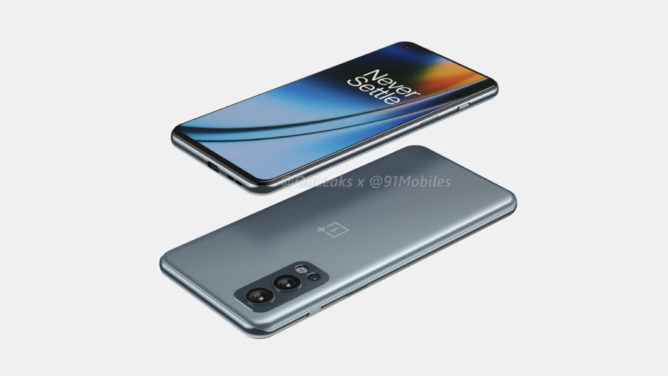 As for what's inside, this could be the first OnePlus phone powered by a MediaTek chipset. We recently tested the Dimensity 1200 processor in the Realme X7 Max, and it performs surprisingly well. What's more, there will be a 4,500mAh battery with support for either 30W or 65W fast wired charging.

There's no official word on availability yet, but you'll definitely know more about it way before the actual announcement. It's typical of OnePlus to reveal a little more about the phone every day leading up to the launch, so look forward to that soon.