Lenovo's Smart Clock series looks like something that fits right into Google's smart home lineup, and it does, despite being third-party hardware. The second generation of the Smart Clock has been leaked more than once already, but today it gets official. the design looks a lot like the original, with the biggest change being an option for an add-on wireless charger for your phone.

As previously guessed, the charging pad is more of a secondary base, which adds 10-watt Qi charging to a pad on the right of the smart clock unit itself. Underneath the screen on the base is a "soft ambient nightlight," and the additional USB-A port 'round back. Note that this port has been removed from the body of the Smart Clock 2. The clock connects to the dock via POGO pins. 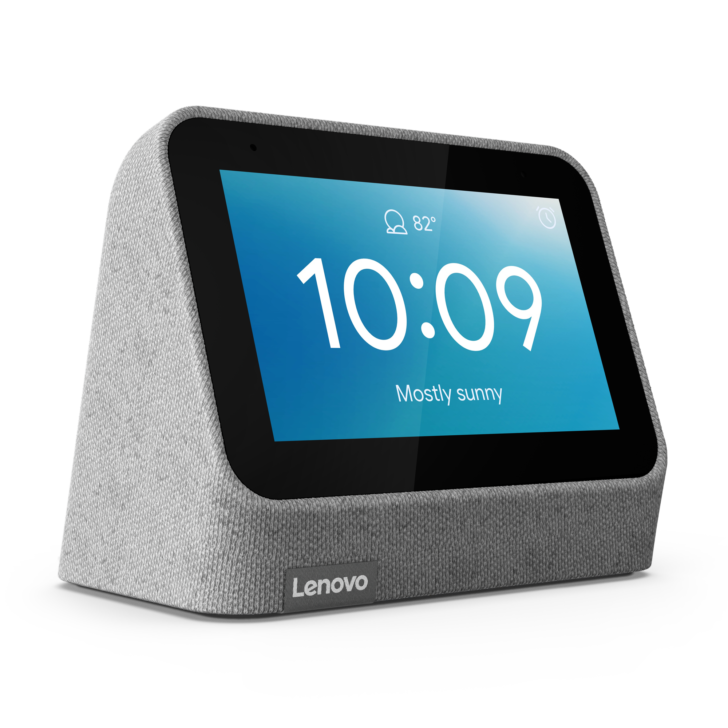 The clock itself uses the same 4-inch screen and microphone array, but now has a taller, more upright stance. That rearrangement gives room for two speakers instead of one, each firing out a rather small 3 watts (more than enough for bedroom radio), with volume buttons on the top edge. As with the original, the software is powered and managed by Google Assistant. The device has no camera, but there's a manual mute slider on the rear for the microphone array. 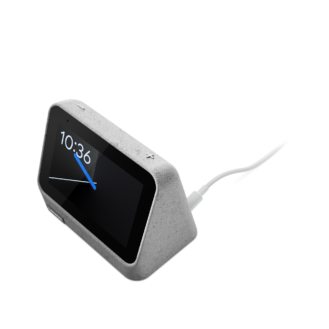 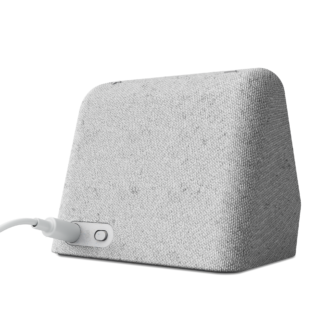 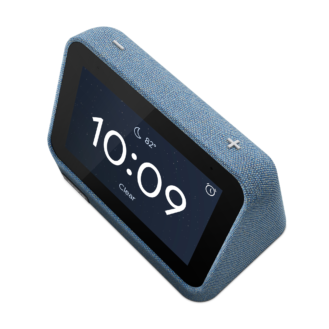 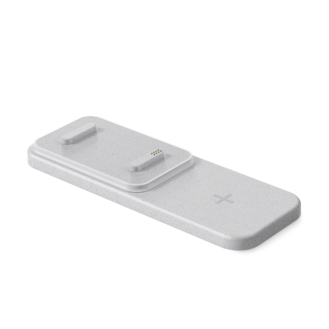 Pricing is a bit of a bummer. According to Lenovo the Smart Clock 2 "starts" at $90, and that doesn't include the wireless charging base, which is either sold separately or in an all-in-one bundle. (Note that Lenovo's Smart Clocks frequently get discounted pretty steeply.) The Clock 2 will come in blue, grey, and black color choices, launching sometime in September. 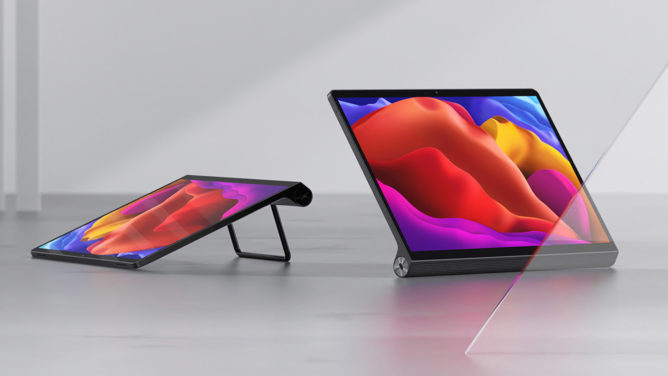 In addition to the new Smart Clock, Lenovo has made a few more tablets official. The Yoga Pad Pro was previously exclusive to China, and turned heads thanks to a huge 13-inch screen and an HDMI-in port that essentially makes it a portable monitor. In other markets it'll be known as the Yoga Tab 13, launching in July for a hefty $680.

On top of that model, we get the Yoga Tab 11, which uses a similar design (note the rounded handle and steel fold-out kickstand), sadly sans the HDMI-in port. The 11-inch screen is a 2000x1200 LCD, sitting on top of a MediaTek Helio GT90T processor. The base model uses 4GB of RAM and 128GB of storage, with a pricier model available with double RAM and storage. The extra room in the body gives it space for four speakers, which combine with the kickstand to make this a pretty solid media machine. 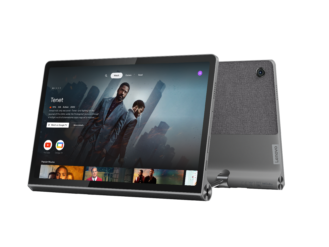 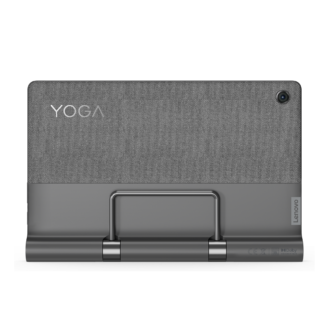 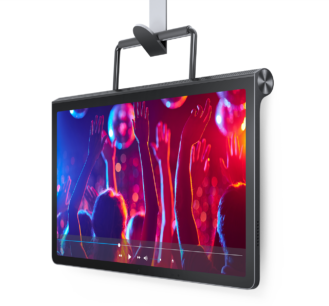 The tablet's two-tone rear panel uses fabric on the upper side, a more common design element on Lenovo's premium designs. Both front and rear cameras are 8MP, but sadly there's no fingerprint security (Lenovo is offering basic face unlock). The Yoga Tab 11 will cost $230 when it launches in August, with more expensive LTE and boosted spec models available.

Man, that's not a great name for differentiation, is it? The upgraded version of the Tab P11 we saw earlier this year, but not quite as good as the Tab P11 Pro reviewed just a couple of months ago, the Tab P11 Plus will start at $260 when it launches in August. 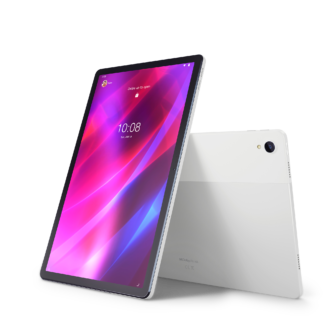 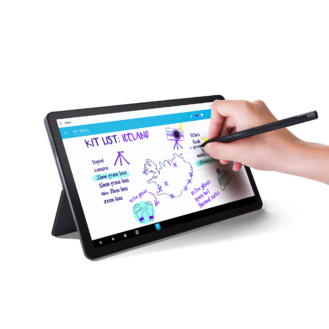 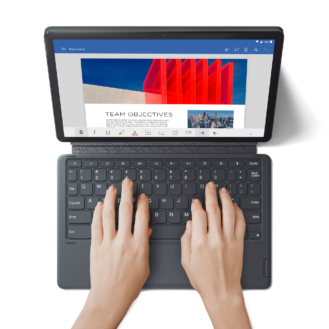 It has the same 11-inch, 2000x1200 screen as the Tab 11 above, and the same processor and quad speakers, but in a more conventional "flat" tablet form factor. RAM is either 4GB or 6GB, paired to 64/128GB of storage. Oddly the rear camera is actually upgraded to 13MP, though the front-facing camera is still 8MP.

Like the other members of the P11 line, the P11 Plus has a host of sold-separately accessories: a Surface-style keyboard that attaches via POGO pins, a desktop dock, an active stylus, and a fabric kickstand that attaches to the two-tone rear.

These are refreshed versions of Lenovo's cheap, mass-market tablets, along the same lines as the smaller Amazon Kinde Fires. (Kindles Fire?) The Tab M8 is the only one with an American launch planned, starting at $110 in July (more for the version with the desktop dock). It uses a MediaTek Helio P22T processor with 3/4GB of RAM and 32/64GB of storage, plus a MicroSD card slot. The 8-inch IPS screen has 1280x800 resolution, and it's using a 5MP camera in the rear and 2MP in the front. 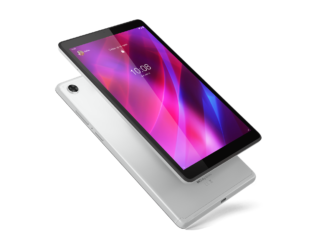 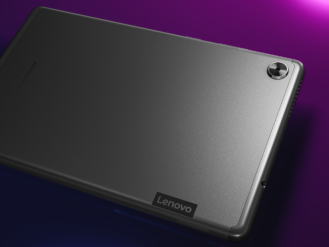 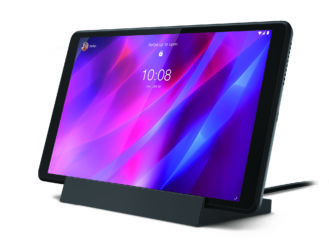 Lenovo is highlighting a new body with more metal around the screen, along with accessories including a kid-friendly kickstand case and a POGO pin dock. When docked, the Tab M8 turns into a Google Assistant-powered smart display, like previous models.

The smaller 7-inch M7 3rd gen is about as low-spec as a modern tablet can get, with a MediaTek MT8166 or MT8766 processor (depending on model), just 2GB of RAM, and 32GB of storage, plus a MicroSD card slot. The 7-inch screen is 1024x600 (like the original Galaxy Tab 7.0 from 11 years ago!), and it's running the Android Go version of Android 11. Surprisingly, there will be an LTE version. Lenovo is only saying that it's coming to "select markets later this year," and stresses that these markets do not include the US.

SHIELD TV users are mad as hell, and they're taking it out on the Play Store

WhatsApp voice messages will soon look like those on Telegram