Do you miss the days when you could get a spec-heavy smartphone for less than a thousand bucks? Well, you're in luck because ZTE is finally launching a new flagship phone in the US, and it's competitively priced. For $749, the Axon 30 Ultra packs a Snapdragon 888, a big camera array with multiple zoom levels, and premium build quality. However, there are still rough edges abound, and the phone's 5G connectivity in the US is lacking. While, the Axon 30 Ultra doesn't earn that "Ultra" name like the Samsung and Xiaomi ultras do, but it's still a pretty good phone. Might I suggest: "ZTE Axon 30 Pretty Good?"

You can tell at a glance that the Axon 30 Ultra isn't a cheap phone—it checks all the flagship boxes with a solid aluminum/glass chassis, a camera module overflowing with sensors, and a big, beautiful OLED panel. And indeed, there are a lot of things to like about the Axon 30 Ultra, but don't expect Samsung levels of polish. 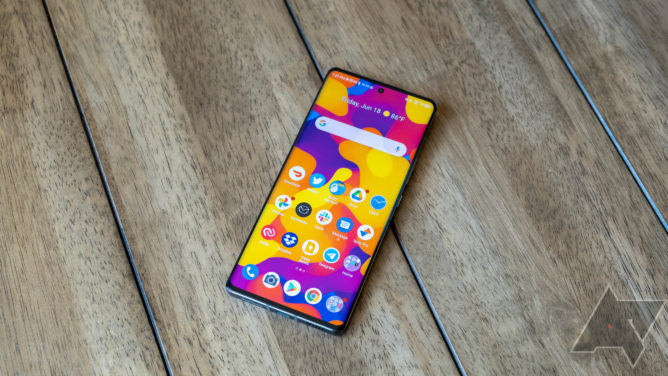 I like that the 6.67-inch OLED is roughly centered on the front of the device. The chin is a tiny bit larger than the top bezel, but it's close enough that I don't find it visually unsettling. The left and right edges curve quite a bit—more than the S21 Ultra but less than the Motorola Edge. There's an optical fingerprint sensor under the display, and it's up there in speed and accuracy with the latest from OnePlus and Samsung.

Around back, you get a nice sheet of matte Gorilla Glass 5 (the same material covering the display) and a protruding camera module. The camera hump isn't as pronounced as they are on Samsung's and Xiaomi's ultra phones, but it's certainly not small. The module is rectangular with a small tag-like projection on one side. I think the phone would look better without this, but that's a minor quibble.

The overall design is reminiscent of the Motorola Edge, and I don't say that as a compliment to either phone. The top and bottom are flat and glossy with the SIM tray, speaker, and USB-C port on the bottom and nothing on the top (no headphone jack to be found). The aluminum rail along the sides of the phone is very thin, and it sticks out a millimeter or so from the glass front and back. It doesn't give you much surface area to grip, and the edges of the metal strip are sharp. If I hold the phone by the sides, I can feel it slowly sliding down because I just can't get a good grip on it. This phone is crying out for a case. The power and volume buttons are nice and tactile with only a little wobble, though. 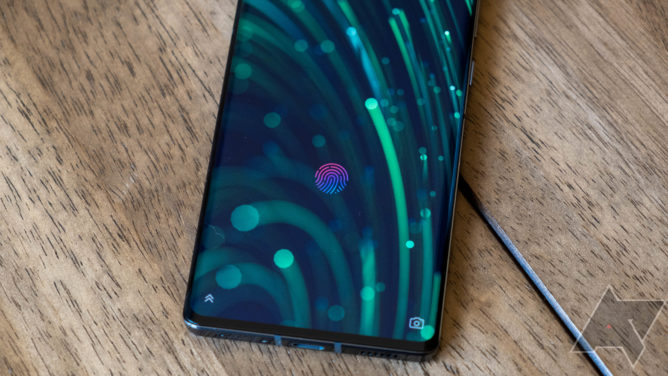 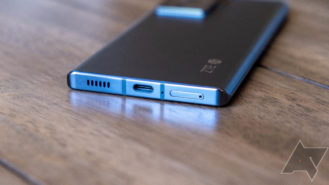 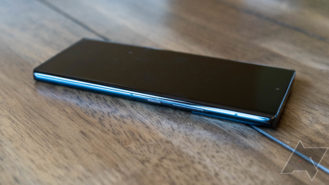 The screen has a 144Hz refresh rate, and the evenness is much better than older 144Hz panels. The phone defaults to automatically setting the refresh rate based on what you're doing, but you can also lock it to 144, 120, 90, or 60Hz. The OLED doesn't get as supernaturally bright or dim as flagship panels, but it's legible outdoors and won't blind you in a dark room. I've noticed some crushed blacks at low brightness, but the screen should please all but the pickiest buyers.

The haptics were disabled globally out of the box, and I understood why after enabling them. The vibration motor in this phone is loose, loud, and imprecise. It feels like it came out of a much cheaper phone.

If ever there was a phone that should have come with a basic case, it's this one. Alas, there's no case included. You get the usual assortment of documentation, a SIM ejector, a USB C-to-C cable, a headphone adapter (yay), and a 65W charger. Props to ZTE for including a charger that works at the phone's full speed.

The Axon 30 Ultra runs Android 11 with a skin called MyOS. If you've never used it on any of ZTE's recent phones, it bears a striking resemblance to MIUI with a sprinkling of Samsung's OneUI for good measure. While the software is not bad, it's not up to the standards of either OneUI or MIUI—the polish and attention to detail you'd expect from a flagship phone are missing here. For example, the quick settings look a lot like MIUI, but you can't customize the toggles like you can on Xiaomi's platform. I only have one SIM in this phone, so why would I need a huge data SIM toggle taking up a quarter of the quick settings? Another odd flaw: In the app drawer, the scroll bar overlaps the far right column of icons, making them difficult to tap. The way long app icon labels overflow onto a second line is very visually awkward, as well.

The software isn't all bad. Functionally, it's a joy because ZTE didn't try to cram in dozens of features that don't work correctly like some OEMs. It uses stock Google apps, and the system doesn't kill background processes too quickly. Even when you do have to relaunch an app, it's extremely quick, thanks to the zippy UFS storage and Snapdragon 888 chip. This phone handled everything I threw at it with aplomb—games, clunky websites, editing high-resolution photos, and so on. The Axon will keep up with you.

Wireless performance might be an issue in the US, though. While this phone has a 5G radio, it only has one band for the US: n41, which is the 2500MHz spectrum T-Mobile acquired from Sprint. If you're only going to have one 5G band, there are worse options. However, you won't get as much 5G coverage as you would with a OnePlus 9, S21, or even a Pixel 5. I also encountered a few issues with dropped phone calls on T-Mobile, but I suspect this is due to the pre-release software. ZTE is investigating. 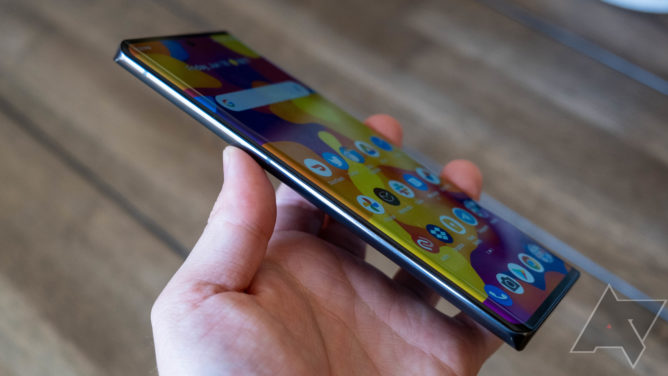 The 4600mAh battery in the Axon 30 Ultra is a bit smaller than many competing phones, and you won't get super-long battery life as a result. However, it's more than adequate. With moderate use consisting of messaging, taking photos, browsing, and some light gaming, the Axon 30 Ultra made it through a day and then some. My screen time is averaging out to roughly 7 hours over a day and a half. Even if you run low before bedtime, the Axon 30 Ultra can recharge in a flash. It supports 65W charging with USB-PD/QuickCharge 4+, and the included adapter supports that speed. However, it uses Programmable Power Supply (PPS) to reach that wattage, and it's hard enough to find compatible hardware that this might as well be proprietary, at least for the moment.

The camera setup on the Axon 30 Ultra is a focus for ZTE. You get not one, not two, but three 64MP camera sensors on the back. Not enough? There's another 8MP back there, too. My favorite thing about this setup is that all four camera sensors have a reason to exist. There's no lame macro sensor, no useless depths sensor, and certainly no monochrome nonsense. Instead, you get ultrawide, standard, and two zoom levels (2x and 5x). You even get OIS on the primary (26mm) and 5x (123mm) lenses. It's not unlike the S21 Ultra configuration, but the zoom levels and resolution are lower. 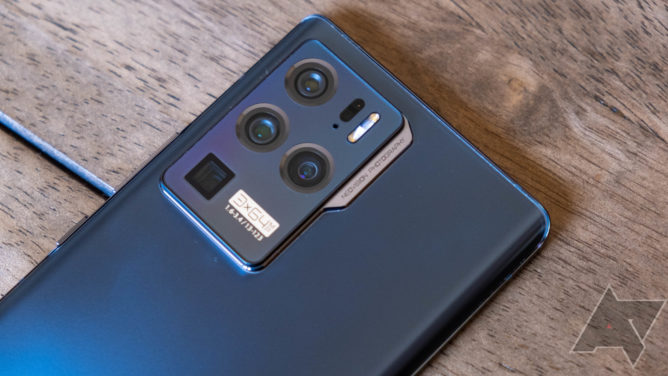 In general, I've been happy with the quality of photos from the Axon 30 Ultra. Being able to jump to different optical zoom levels helps me get the shot I want, and most images look sharp. There are no unrealistically pumped-up colors or oversharpened edges, preserving a good amount of detail even in busy scenes. Indoor shots are passable, but ZTE seems to lean toward longer exposure times, which can lead to some blurry pics. However, it does a good job of suppressing noise even at higher ISOs. The 5x zoom is also an 8MP periscope system, and that means the aperture is narrower than the other sensors at f/3.4. So, the longer zoom shots tend to be darker—it's not really worth using indoors most of the time. The biggest issue I have with the Axon's camera performance is one of consistency. There have been times when I've taken two pictures a second apart and gotten very different results. I've ended up going a little overboard with multiple snapshots when I want to make sure I get a good one—and the "good ones" are impressive photos. ZTE just needs to do a bit more work on image processing, and this phone could easily outshoot the OnePlus 9. As it stands, I still like shooting with this phone more than the OP9 because of the zoom hardware.

Maybe. ZTE stumbled a few years back when it was briefly on the US government's shit list, but it was able to get back to normal (unlike Huawei). The Axon 30 Ultra is its first major US release since the unpleasantness, and it's mostly successful. The display, build quality, specs, and camera hardware are all excellent values, and it's very fast with the Snapdragon 888.

I like using the ZTE Axon 30 Ultra, but I don't like holding it much. The design is visually attractive, but the sharp, narrow rail along the edge digs into your hand. The curved screen also doesn't do any favors for the hand-feel. This phone would also get a higher score were it not for the lacking 5G support in the US. One 5G band is better than none, but the lack of wireless support makes me feel like this is not a long-haul device. Carriers are going to be investing heavily in 5G going forward, and this phone will barely benefit. 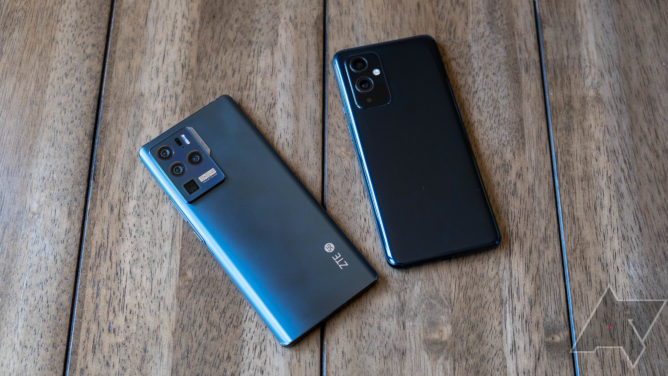 The Axon looks to be gunning for the OnePlus 9, which is only a few bucks cheaper. The OP phone has better software, and it feels nicer in the hand, but the Axon has a vastly better camera setup, slightly superior build quality, and it's just as fast. Either of these phones is a smart purchase in the $700-800 price range. For my money, I'd probably still buy the OnePlus 9 on the basis of its better software and network support, but I've been surprised how much I like the Axon. Hopefully, ZTE keeps up the good work.

Wyze Lamp review: Dumber (and better) than you probably thought