Let's be honest: it's outright frustrating to remember which function key on your external keyboard activates each Chrome OS feature, especially when you're trying to get work done. That's because Google designed these functions around its own keyboard layout, which has symbols that illustrate what they do. Google eases the friction a bit by including a shortcut on the taskbar to launch overview mode, but for now, it shows up only when connecting a keyboard to a Chrome tablet. That may soon change, as Google is working to make Chrome OS more user-friendly with any keyboard.

We recently found new code merged on the Chromium Gerrit that extends the overview button across all Chrome OS devices. Instead of guessing which function key overview is, you'll be able to click on its shortcut on the taskbar to expose your open windows. You won't be able to show the overview toggle yet since the developers merged its flag not too long ago — it should arrive in one of the next Chrome OS Canary builds. 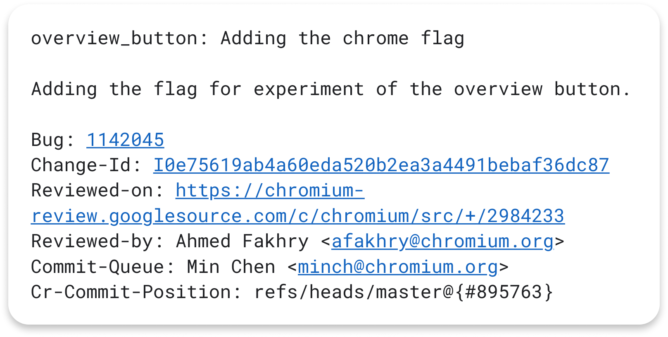 There's not much to digest in the commit's files since it simply extends an already implemented tablet feature to other form factors. All of its new logic rests in the overview_button_tray.cc file: when the user flips on the flag, Chrome OS will show the button next to the system tray. It might take a little time to adjust if you're used to gliding your cursor over to the bottom-right side of the screen to open quick settings.

Adding an overview shortcut definitely goes a long way to improve the external keyboard experience on Chrome OS. I don't totally love the placement, though, as it adds even more clutter to the taskbar. Despite this minor annoyance, it eliminates guessing which function key activates the overview when using my Chromebox — that's a win in my book.