Need a backup power supply for some camping or an unexpected night stuck in the car? Renogy's Phoenix 200 portable station provides up to 189Wh of capacity in all the ways you need and it just got a substantial price cut on Amazon.

For a 4.4 lb. box with LEDs galore, this thing can put out up to 200W at peak to as many as eight devices at once with its two counter-oriented 110V AC outlets (150W typical), three full USB ports (12W), two DC ports (5mm and car charger), and a USB-C port (15W). If you're all about cycling your cells fully, you should be able to do so with this bank easily. While it does have pass-through charging, it does not have an official IP rating. 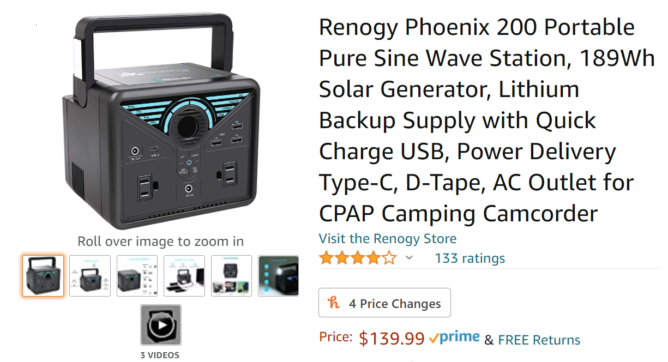 The Phoenix 200 had been selling at around $180 recently, but it has just dropped to $140 for the time being. There was a similar sale back in mid-April and it lasted for 2 weeks, but adventure always awaits.

Chromebook deal too good to be true? Check this first before pulling the trigger