Venmo is a popular user-to-user money transfer service, which gained a lot of ground for being easy to use and essentially free. But ever since PayPal bought the company back in 2013, the writing was on the wall for the first part of that. Soon the latter will start to look more like the former, with a series of increasing fees for some money transfers beginning next month.

At the moment Venmo users who have identified themselves as a business have to pay a 1.9% + 10 cents transfer fee for any money sent to them. Starting on July 20th, all users will have to pay this fee when receiving money for goods or services, whether or not their account is identified as a business. That's according to an email sent to Venmo users yesterday.

This is similar to the way that PayPal transfers work, though quite a bit cheaper: if you're just sending money to a friend or family member it's free, but someone has to pay a fee for goods or services rendered. Of course, there's something of an honor system in place for any transaction that doesn't have an existing digital record; if you're selling your '94 Civic on Craigslist and you ask the buyer to mark the $1500 transfer as a friendly gift, who's going to stop you? The downside is that any transfer without the fee will miss out on purchase protection.

In addition, instant transfers from Venmo to bank accounts will be charged a 1.5% fee starting August 2nd, with a minimum of 25 cents and a maximum of $15. That's up from the previous 1%/$10 levels. Waiting a day or two for a conventional bank transfer is free. Again, this is more or less in line with the existing structure for PayPal, though it's slightly more expensive here, since PayPal is just 1%. 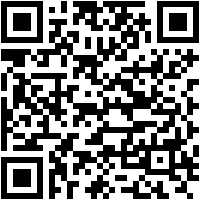 T-Mobile is selling 5G gin, and I drank some

Out of Milk will kick tons of users off the service, here's what you need to know