I should clarify right from the off: the OnePlus Nord CE is not a bad phone. Far from it, in fact — it’s the best Nord phone since the original, especially after the other budget offerings came with too many compromises to be worth recommending in the face of stiff competition. The Nord CE is a solid performer in most areas.

However, as good as it is, it simply serves as further evidence that the OnePlus we used to treasure has veered so far from its original mission that it’s no longer recognizable. Recent news that the company is further integrating with Oppo isn’t at all surprising, but it’s been true for a while now that the flagship killing, "Never Settle" attitude is no longer at the heart of what OnePlus is all about. 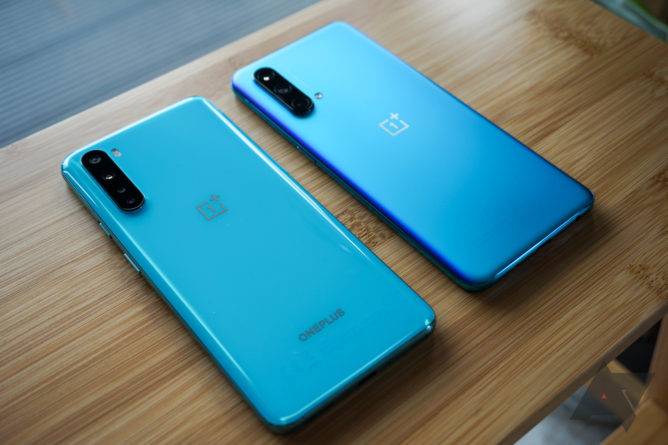 The Nord CE has a much nicer matte finish compared the OG Nord.

We all know that OnePlus flagship phones have crept up in price in recent years, allowing phones from the likes of Xiaomi and Realme (a sibling brand to OnePlus under the BBK Electronics umbrella, along with Oppo and Vivo) to gain a strong foothold in what used to be OnePlus territory. This was also a space that Huawei sub-brand Honor occupied with tremendous success before the US government ban essentially erased it from the market (everywhere except China, that is). As OnePlus phones became more expensive, Google also brought out cut-price Pixels that smashed the competition in camera quality and offered insane value.

In hindsight, it was inevitable that OnePlus would have to re-enter the affordable phone market, especially since Samsung has aggressively expanded its portfolio with great hardware across all price ranges and upped its game with software support. It’s now very difficult to recommend a OnePlus flagship over a similarly priced phone from the Korean company — Samsung is trouncing OnePlus when it comes to updates and OnePlus phones no longer offer killer features for less. 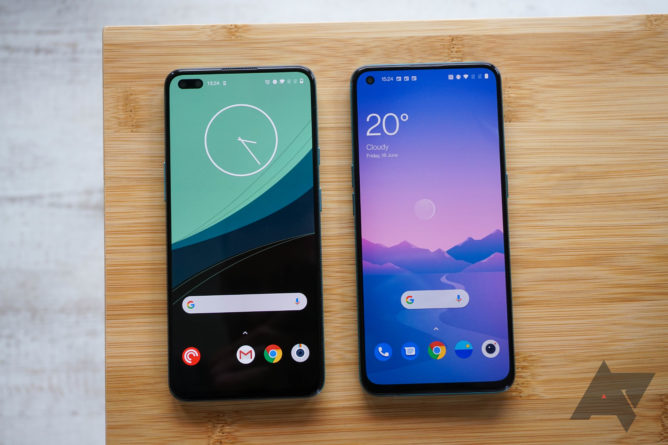 Nord CE is marginally bigger than the OG Nord, and it loses the dual selfie cam.

With the original Nord, OnePlus hoped to reignite the excitement that used to surround the launch of their early phones, and it’s fair to say that goal was achieved. It sold more than one million units, making it one of the most popular OnePlus handsets in recent memory, and was about as close to a flagship killer as we’ve seen for quite some time, at least from OnePlus. The marketing slogan “Pretty much everything you could ask for” summed up what OnePlus was going for, and this seemed to really resonate with consumers. But at £379 (€399), it was still too expensive for many, particularly in markets like India where OnePlus has gained real traction. Cue even cheaper Nord phones like the N10 5G and N100 that more closely resemble rebadged Oppos than anything OnePlus would come up with by itself. Both were critical failures and it’s unlikely they’ll have sold well — you can do much better for your money in the competitive budget smartphone market. The woeful OnePlus Watch serves as further evidence that OnePlus' new strategy of half-assing low-cost hardware is simply not going to work. 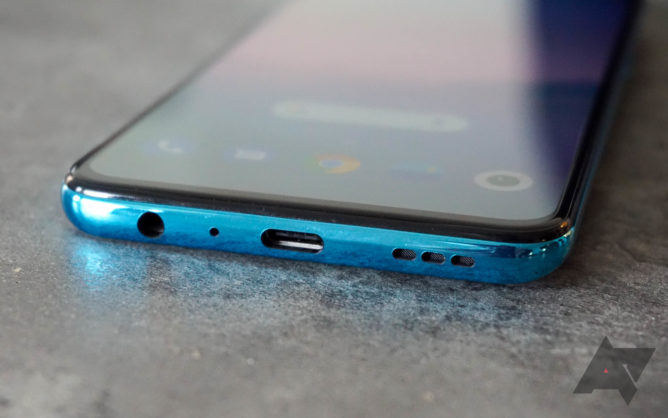 Its most recent device, the Nord CE, is much closer to the original Nord in terms of specifications and general performance, at least. I’ve been using it for a few days and it’s really snappy thanks to the Snapdragon 750G SoC, and while the camera is slightly underwhelming, it’s still mostly acceptable for a £300 phone. The battery lasts a full day without issue, although don’t expect much more. There’s fast wired charging (Warp Charge 30T Plus) and many fans will be happy to see the headphone jack make a return (absent from the OG Nord). Of course, there’s no wireless charging, no water resistance, and no Hasselblad partnership to speak of, but none of that is really a problem. That the Pixel 4a costs the same right now is a problem. And it doesn't help that there are phones from Xiaomi, Realme, and others in the same price range that are just as compelling, if not more so. There’s no way I’d buy the Nord CE over the Pixel, especially in view of OnePlus’ recent failings on the update front. And I bet you can guess which has the better camera. The two experiences are worlds apart. OnePlus is even selling the original Nord for just £329 now, which represents much better value. Then you have competitors like the Poco F3 with a Snapdragon 870 for £325 and even cheaper alternatives like the Redmi Note 10 Pro which offers insane value (starting at £219). It’s easy to drown in a sea of competition like this, and the Nord CE simply doesn’t have that killer feature that can help it stand out. 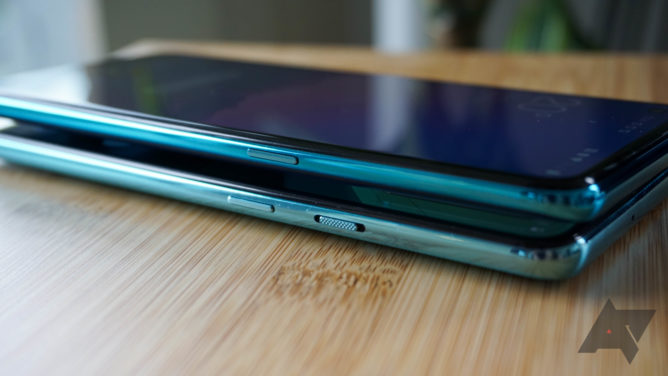 A headphone jack is cool and all, but where's the iconic alert slider?

OnePlus used to have two big launches each year with three or four phones being announced, all of which had something unique or interesting going for them. It was easy to make a splash with that strategy, usually followed by stellar reviews and bolstered by reliable software support. None of that is guaranteed any longer, and this new approach of bringing out numerous mid-range and budget phones per year is bound to dilute the brand. With OnePlus further integrating its operation with Oppo, the situation could get even worse. Oppo does make some very good high-end phones, but it also releases countless forgettable cheap handsets each year — this is not what we want to see from OnePlus. The Nord CE doesn’t even have an alert slider, for goodness sake. And don’t get me wrong, I’m not personally bothered by this. But it’s a hardware flourish that’s synonymous with OnePlus phones, so its omission seems rather emblematic of my wider point. The CE part of the name is supposed to stand for Core Edition, but if this is indicative of what we can expect the core OnePlus experience to be going forward, that could spell trouble. If OnePlus ends up dropping Oxygen OS for Oppo’s Color OS altogether, as rumored, there could be little to distinguish devices from the two companies, and the very soul of the OnePlus we once knew and loved could vanish for good. OnePlus denies that Oxygen OS is for the chop, but we wouldn't be surprised to see it disappear in the next year or two.

Even before this latest announcement about Oppo integration, OnePlus CEO and co-founder Pete Lau took on a broader role as SVP of OPlus, the holding company with majority shares in Oppo, OnePlus, and Realme. This means he’ll be leading product development across the board, with a greater focus on synergy between the brands. The other co-founder, Carl Pei, decided he’d rather do Nothing than continue working at OnePlus — the first Nord phone was his last major contribution at the company. There are rumors that he left due to the increasing dependence on reusing and rebadging Oppo technology instead of being allowed the freedom to innovate a distinct product portfolio. With neither co-founder focused solely on the company any longer, and with such open and broad integration with Oppo now confirmed going forward, it’s hard to see OnePlus as anything other than a sub-brand trading on reputation alone. We can probably expect future OnePlus phones to bear an even closer resemblance to Oppo models and the flood of low-price handsets will no doubt continue. OnePlus flagships could lose their unique, and that would be a real shame. They’ve been among the most anticipated smartphone releases for several years now, usually garnering critical praise, so it would be a huge loss to the industry if this good form doesn't continue. 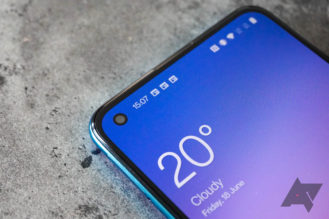 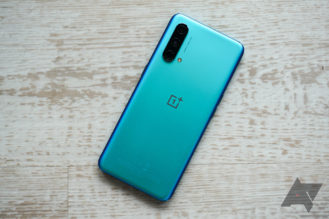 It’s worth noting that the plight of OnePlus looks somewhat different depending on which region you’re in. In India, where its budget offerings make a lot more sense, and where it has launched exclusive products like the 9R and OnePlus TV, it’s positioned rather strongly. However, in other markets, there’s less of a case to be made for the new OnePlus strategy, particularly in the US where it hasn’t even bothered to launch the Nord and Nord CE, the more impressive phones in its affordable lineup.

If this is the end of OnePlus as we know it, the loss will be keenly felt. Their marketing practices have always been a little controversial, and I can’t say I’ve been a fan of the incessant hype train that accompanies each launch, seemingly more tiresome and obnoxious with every new product. Even so, it’s impossible to deny that the company Lau and Pei built shook things up and injected much-needed impetus into an industry often lacking any real innovation or excitement. They established a scrappy startup mentality at OnePlus, and while this may not have been anything more than a facade given the obvious Oppo ties, it helped the company stand out from the crowd in the eyes of consumers and gave its community something unique to root for. It feels like that version of OnePlus has been taken as far as it could, and that’s a realization Pei may have come to before deciding to leave. 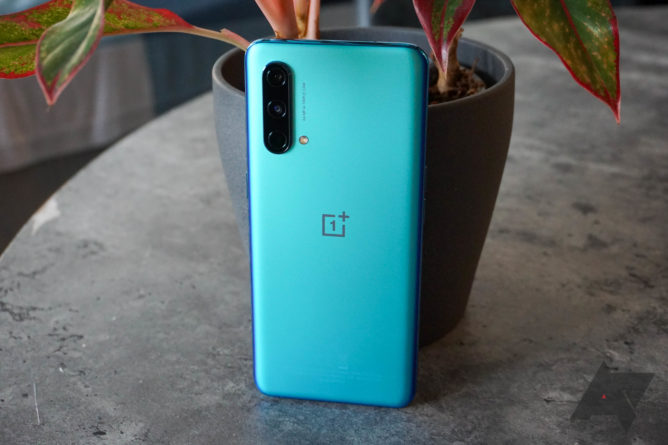 The new OnePlus could surprise us with even better products than ever before. The most recent Oppo flagship — the Find X3 Pro — does show an aptitude for high-quality hardware. And I understand that Ryan is finding the Nord N200 perfectly fine — look out for his upcoming review. But expectations have been set higher than simply fine, so that may not cut it. What happens with Oppo and OnePlus software will probably be more telling. Perhaps a consolidated effort will lead to the kind of stellar update support we now see from Samsung. If OnePlus wishes to remain competitive in various markets around the world, that’s the example it should be looking to follow. 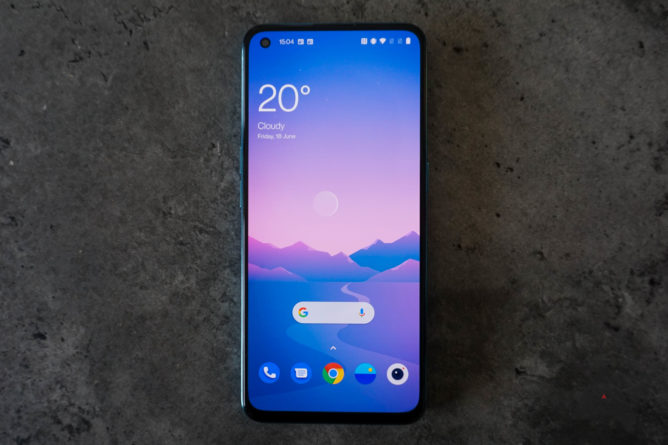 If OnePlus can find a Samsung-like balance between quality and quantity in hardware and improve upon its dire update situation, there could yet be exciting times ahead for the brand. However, if it goes down the route of pumping out low-quality Oppo clones with poor software support, the best of OnePlus may have already been and gone.

Win one of 4 portable solar panels from Choetech (Update: Winners)