Pushbullet is a necessary app for millions of users, but it's not the only service of its kind. Join launched back in 2015 as an alternative from prolific Android developer João Dias, best known for his work on Tasker, designed to control your phone remotely from your computer. It's been a while since the app received a significant new update, but that ends today. Join 3.0 is available now, and it comes with a ton of adjustments for how the service works on all of your devices.

By far, the most significant changes in Join 3.0 are to the web client, which has been completely rebuilt from the ground up. Not only does the new website finally work on Firefox and Edge, but it also supports running over local networks, reducing reliance on third-party servers and speeding up transfers. Local network support also works with the mobile app and Chrome extension. 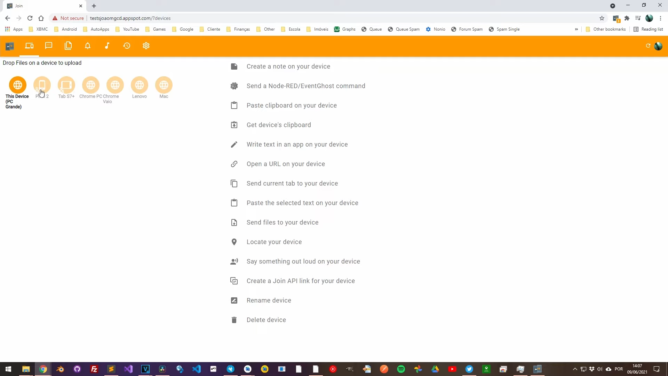 With the web client, you can browse through your phone's files, send and receive texts, take screenshots of your mobile device, trigger Tasker profiles, and of course, receive pushed content like URLs and files. If you're feeling creative, you can fully customize the web client with unique colors.

The desktop app announced last summer is finally out of beta with this release, available for Windows, Mac, and Linux. Although this client is based on the website, it runs locally on a PC, which adds support for a few exclusive features like auto-clipboard sync and global keyboard shortcuts.

And while those two services are the main focus for Join 3.0, the Android app is also seeing a couple of changes, including a new way to sync with Tasker and communicate when your devices are on the same network, and the option to customize remote notifications with Tasker's Send Push action.

It's a huge step up from the old version, so if you're ready to upgrade, head over to Join's changelog to find links to the web and desktop clients. You'll also need the Join app for Android, which you can download using the Play Store link below or from APK Mirror.

Out of Milk will kick tons of users off the service, here's what you need to know

Now that Out of Milk is under new management, Bring is the best grocery list app