There are plenty of apps to help you remember what to buy from the supermarket. Some people, like me, like to have everything in a single place and use to-do list apps to keep track of what they need to buy. There are also more specific apps, like Bring or Out of Milk, that focus specifically on making grocery shopping easier. The latter, however, just got bought by an American company that doesn't want to deal with users outside of the US and Canada.

As you can see in the message above, InMarket, the new owner of Out of Milk, says it only operates in the US and Canada. Instead of expanding its reach, however, it will simply terminate all accounts that aren't located in these two countries. The company hasn't stated the reason for this termination, and although some might think it's linked to GDPR, it doesn't specifically target Europe.

Indeed, GDPR doesn't apply to countries like Mexico or Australia, so it seems InMarket only wants to make the app available where it already operates, hinting that it actually bought Out of Milk for another purpose: The company focuses on providing location-based advertising and with the acquisition of Out of Milk, it's easy to imagine it could target users and send them relevant ads when they're close to a store that could cater some of the items on their list. Given it doesn't have clients in other countries, it's easy to understand why it wouldn't want to bother with users that don't bring any advertising money.

It's a shame, though, because not only was the app free, it has been downloaded more than 5 million times and had an outstanding 4.5-star rating. InMarket could have used this reputation to expand to other markets but instead decided to let down a bunch of users. For the ones outside the US and Canada, you have about a month to save your data; the good news being your personal information won't be transferred to InMarket. 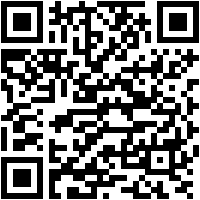 Venmo is introducing new fees, and you're not going to like them

Join is getting a huge v3.0 update today