When we were looking at alternatives to Google Photos last month, Microsoft's OneDrive was a no-brainer option for those already paying for Microsoft 365. However, as Manuel noted in his deep dive, the service lacked any editing tools, making it cumbersome to perform even simple actions like cropping. Fortunately, that's changing as the company is now rolling out a suite of editing tools for the Web and Android (version 6.0+).

The suite isn't as exhaustive as Google Photos, but it should let you do some menial tweaks. You'll be able to crop images, rotate or flip them, and make light and color tweaks such as brightness, saturation, shadows — you know, the basics. For what it's worth, photo editing is only available for JPEGs and PNGs. 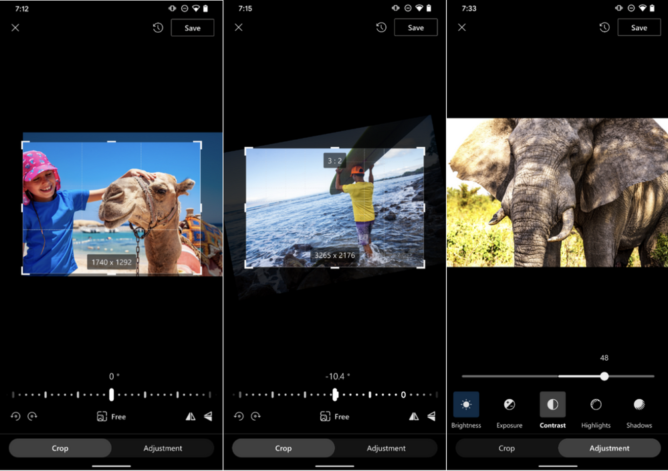 Apart from the basic editing tools, Microsoft is also organizing your uploads. An upcoming setting will create folders for images coming from different sources i.e., images uploaded from the WhatsApp folder on your phone will find a place in a folder of the same name on OneDrive. You'll also be able to group your images by month or year. To make it easier to find the images you want, filtering your search to include specific folders will also be possible.

The new features are only making it to Web and Android for now, and they'll reach iOS later this year. Microsoft has also promised that a bunch of new enhancements will be coming to the cloud service over the next year.