The launch of the original Nord brought back some of the same excitement that accompanied early OnePlus phones. Gone are the days when you could get practically top-of-the-line specs for next to nothing, but Nord wasn't too far off from the flagship killers of old. Since then, we've seen a few more budget phones under the same sub-brand, but now OnePlus is back with the closet thing yet to a proper successor in the form of the Nord CE 5G. Starting today, you can purchase it on the OnePlus site and at other resellers.

With more than one million sold, the first Nord phone is among the company’s most popular recent devices, and it didn’t even come to the US. In the UK, it launched at a very competitive price of £379, but the same 8/128GB variant of the new release can be had for just £299. Even the beefy 12/256GB model costs less than the cheapest version of the OG Nord, at £369. In case you were wondering, CE stands for Core Edition — this phone is meant to represent the core aspects of what the Nord moniker stands for. 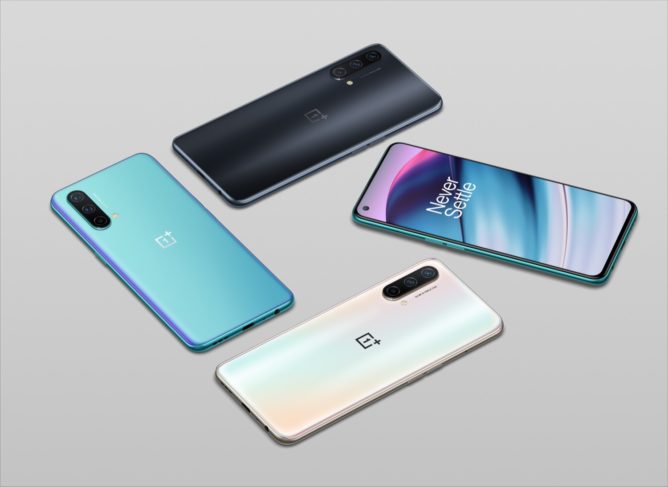 OnePlus says the new Nord is the slimmest phone it's made since the 6T at just 7.9mm thick. Both the sides and rear are made from composite plastic, which is unsurprising at this price, and there’s no such luxury as gorilla glass on the front; you have to settle for a less resilient variety. The Blue Void model carries over the Nord's signature bright blue hue but there’s a little added depth this time with the matte, fingerprint repellent finish you normally see on more expensive OnePlus phones. Since this is a mid-ranger, there’s no official water resistance and no wireless charging. 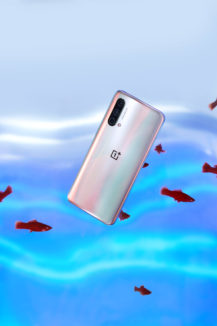 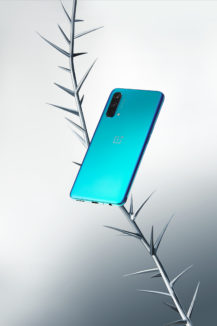 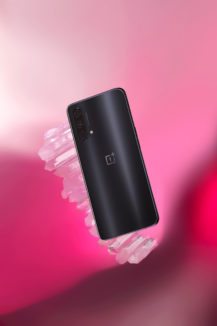 While the original Nord sported four rear cameras (only two of them useful, mind you), the new Nord CE 5G drops down to three, and once again, only two of them are really worth using. There’s a 64MP primary sensor alongside an 8MP ultrawide, with a monochrome lens of little utility rounding out the trio. Gone is the dual front camera setup in favor of a single 16MP selfie cam — this makes for a much more unobtrusive punch-hole cutout in the 6.43-inch, 90Hz display. 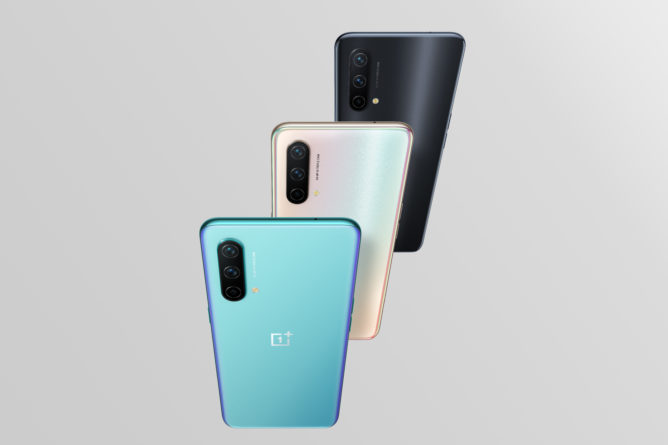 The battery capacity has been upped to 4,500mAh, but the upgraded (and long-winded) Warp Charge 30T Plus means it’ll charge just as fast — it can go from zero to 70% in just 30 minutes. With adaptive charging, it won’t go all the way to 100% until right before you normally unplug it to keep the battery healthy for longer. The Snapdragon 750G chip sounds like it should be a downgrade versus last year’s 765G, but it’s likely to offer roughly the same performance, if not slightly better. The phone launches with Android 11 out of the box, but OnePlus has not fared as well with updates recently, so that’s something to bear in mind.

OnePlus has announced that the OnePlus Nord CE 5G goes on sale today. You can grab one from the OnePlus site and on Amazon. Retailers like John Lewis and the network Three in the UK also have units on offer. 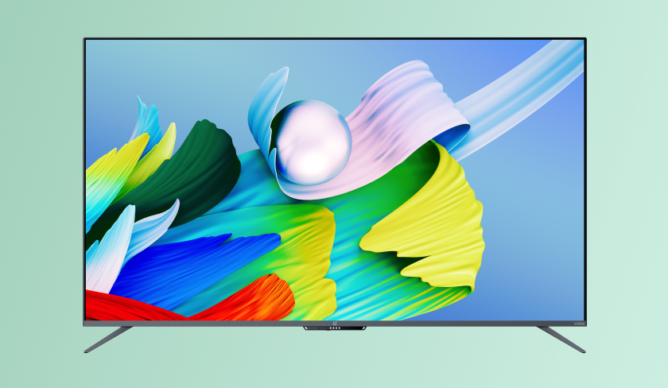 Now available for purchase in India and Europe