We're in the final hours of Prime Day now, but there's still plenty of deals to be had. If you've been in the market for a tablet — and yesterday's deals on the iPad Air didn't do it for you — there's time left to pick up some new gear. A vast selection of Samsung's tablets and accessories are on sale at Amazon, including the Tab S7 and S7+.

If you're looking for our favorite of the bunch, the Tab S7 is the way to go. Though it doesn't have the AMOLED display of its big brother, at $485, it's an unbeatable value. It features a fantastic 11" 120Hz display (ignore the "12.4-inch" in the product description below — Amazon is pulling from the S7+ listing), quad speakers, and an included S Pen for taking notes on the go. If you're after extra storage, the 256GB version is $527, and the 512GB model can be yours for $595. 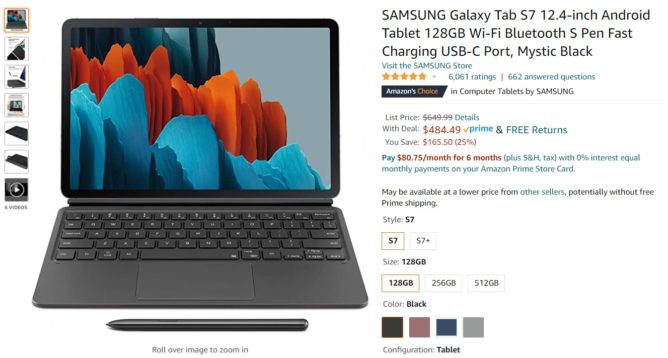 If you want the biggest and best Samsung has to offer — at least until the Tab S8 arrives — the S7+ features a massive 12.4" AMOLED display, a huge step up from the previous device. Otherwise, it's the same great experience provided by the smaller model. At $655 for the 128GB version, you're saving nearly $100 on the usual price. And if you need extra storage, the 256GB version is marked down to $697, while the 512GB model will run you $765.

Those are some solid deals, but if value is what you're after, the Tab S6 Lite is a little cheaper than usual. It's not quite as premium as the Tab S7, but you're still getting an S Pen, dual speakers, 128GB of storage and an Exynos 9611 processor. It can be yours for just $320 — $30 off its regular price. 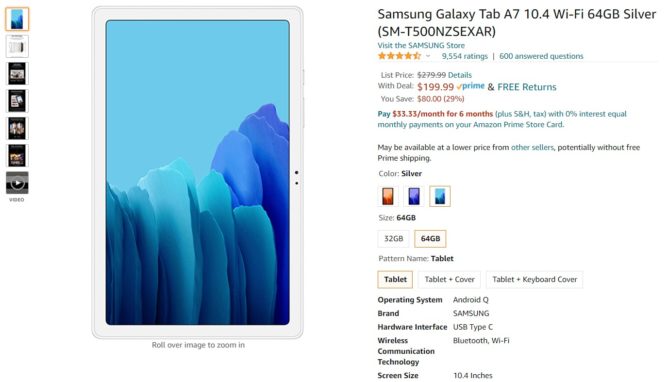 Finally, whether you're a current Galaxy Tab owner or you're buying one for Prime Day, you'll need some accessories to go with it. Bookcovers for the Tab S7 and S7+ are just $35 and $40, respectively, while the attachable keyboards for both are down to $100 and $115. Finally, if you need an extra S Pen for your Tab S7, they're available in a variety of colors for just $30. 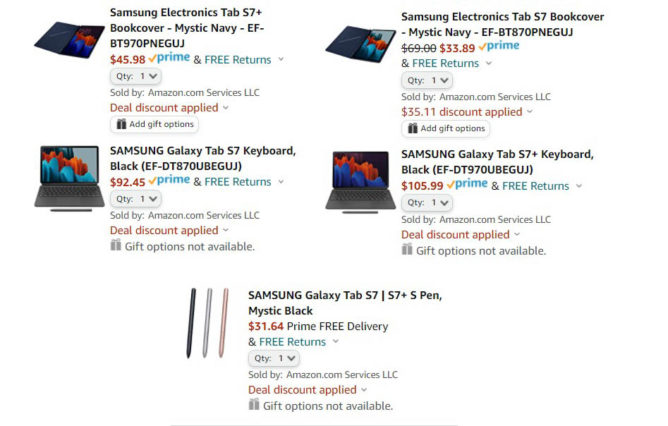 As with all Prime Day deals, you'll need to be an Amazon Prime member to get these prices. These sales are good through the end of today, so don't wait if you're at all interested. Check out the links below to grab your new gear.