Are you a tough guy? Or a tough gal, or a tough non-binary person, or any kind of being which has integrated the concept of toughness into their identity? Then you want to check out the DOOGEE S97 Pro. Not only is it literally certified tough, it has a bonkers massive battery and a frickin' laser beam attached to the upper part of its case thingy.

"A laser beam?" I hear you say. But Michael, why would a phone need such a thing? I'll tell you, hypothetical conversant. It's for measuring distances. You know, like this thing, which you can get at a hardware store for surprisingly few dollars. Whelp, the DOOGEE S97 Pro has it built in. It can do a straight distance measurement, say, to the wall you're about to demolish as part of your home renovation, and area and volume calculations, in case your elementary school math is rusty. And it had "Pythagoras modes" for triangle calculations, in case your middle school trigonometry is also rusty. The laser is accurate to a range of 40 meters (131 feet for 'Muricans). 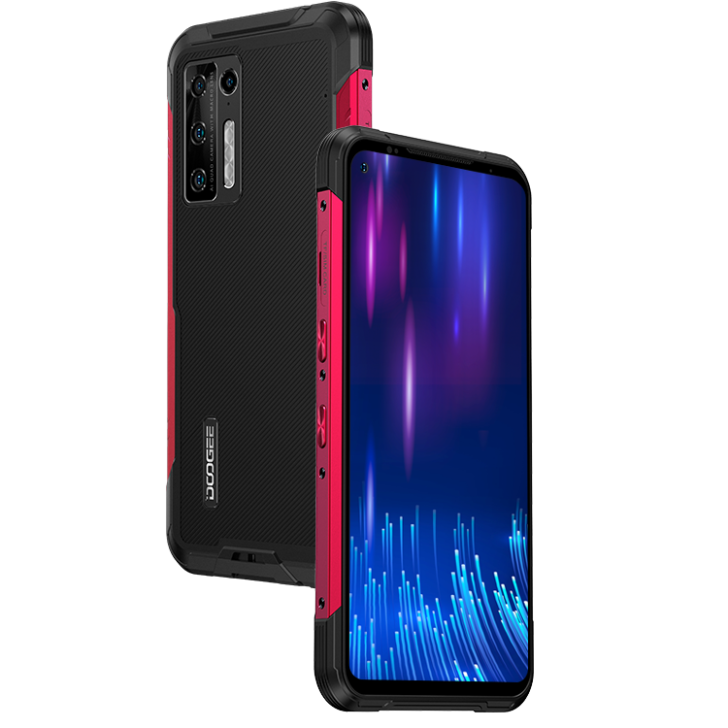 Aside from the frickin' laser beam, the phone is certified waterproof at IP68, and dustproof at IP69K. DOOGEE says the phone has "high-density molecule coating," which is presumably part of the "soft TPU" covering the "aluminum alloy reinforced polycarbonate" (read: plastic and metal with some extra plastic around it). The phone can allegedly withstand up temperatures "between -55°C and -70°C." Maybe that's a typo in the press release, and it means between -55 and +70. DOOGEE notes that the camera modules are completely surrounded by metal. The various ports, including USB-C for charging, come with covers for extra protection.

Alright, those are the bells and whistles. What about the guts of this thing? Underneath the 720p 6.4-inch LCD screen, covered in hardy Gorilla Glass 5, you'll find an octa-core MediaTek Helio G95, a mid-range chip equivalent to about the Snapdragon 700 series. It's paired to a respectable 8GB of RAM and 128GB of storage, plus a MicroSD card. The rear cameras are a familiar mix: 48MP primary, 8MP ultrawide, 2MP macro, 2MP portrait. There must be a factory somewhere punching out those modules by the thousand. The front-facing hole punch camera is 16MP, and mobile speeds are limited to LTE. 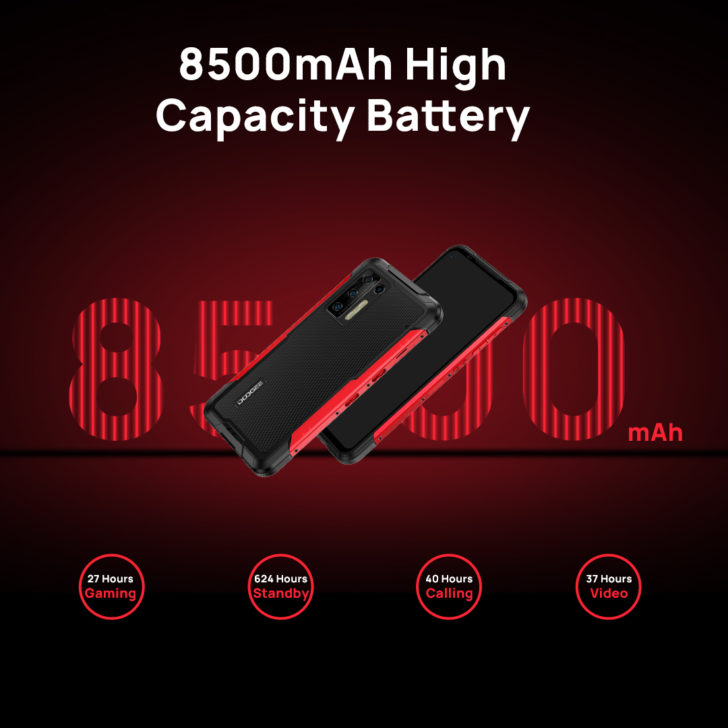 But what about that battery I talked about in the intro? Oh, boy. It's 8500mAh, approximately twice the size of even the biggest flagship phone. It charges up at 33 watts, not amazing, but better than a lot of the alternatives. And surprisingly, it includes support for wireless charging at up to 10 watts, something I've never seen on a "rugged" phone before. It'll probably take you a couple of days to actually charge it without a plug, but you can do it if you like!

Also, the phone is running Android 11. As well it should, but it's nice to have that spelled out. DOOGEE isn't saying how big or thick the phone is, but based on the specs and the photos, it's safe to say the thing is a chonker.

The DOOGEE S97 Pro goes on sale today on AliExpress, with a choice of grey, red, or orange case accents. Though the retail price is $330, it's on sale for $220 until June 25th.