The 2020/2nd gen Pixel Buds are now listed as "out of stock" at the Google Store. This follows the release of the new, cheaper, slightly awkwardly named Pixel Buds A-Series and sizeable discounts for the older model over the last two months at several retailers, raising questions about whether or not the older model has been discontinued. 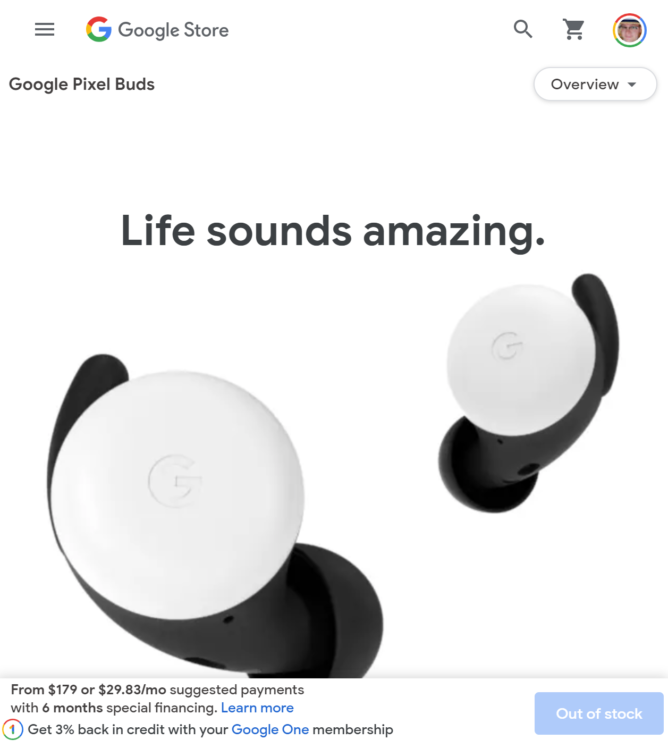 The product landing page for the 2020 Buds simply states that the earbuds are out of stock at both the US and Canadian storefronts at the time of writing, though some other regions like Australia and France (presumably among others) still list it as available. Walmart is also currently selling the 2020 Buds for $80, a nearly fire-sale discount over the original $180 price.

For context, in case you're somehow unfamiliar, the 2020/2nd Gen Pixel Buds (also called the Pixel Buds 2) were the truly wireless follow-up to the original 2017 model that had a wire connecting the two earbuds and which launched alongside the Pixel 2. The refreshed 2020 model dropped the cables and had a handful of fans, though that didn't include us. Many experienced issues like faintly audible static, quality control problems, and middling battery life, all at a fairly high price tag. While the newer A-Series model still has issues with static and poor battery life, it also costs about half as much, leading to a more positive overall impression.

It isn't clear if the 2020 Pixel Buds have been discontinued or not, though we've reached out to Google for more information. However, Google previously told us around a month ago (during the A-Series embargo) that the 2020 model would not be discontinued or permanently discounted as a result of the new version.