Samsung's Galaxy Watch3 is still one of the best wearables you can pick up for Android today, and its "Titanium" edition is an ultra-premium version. It launched last fall for $600 — a significant markup over the already-expensive standard Watch3 — but Amazon Prime members can pick one up today for an all-new low of just $340.

The titanium Galaxy Watch3 mainly offers the same excellent experience as the standard edition, albeit with a couple of notable differences. The stainless steel casing is swapped out for titanium, which not only looks sharp — it lowers the overall weight of the watch. The box also includes a metal strap, as opposed to the usual leather band that comes with the standard model. Outside of these differences, it's the same excellent watch experience you've come to expect from Samsung. And although it won't be moved from Tizen to Google's new WearOS experience later this year, the Watch3 has guaranteed software support through August 2023. 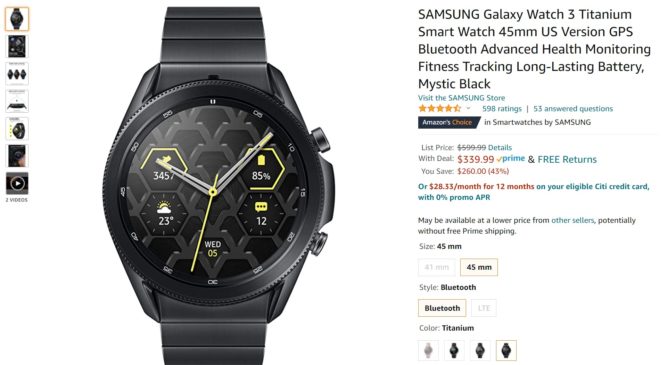 Even with its massive discount, the titanium Galaxy Watch3 is still pretty expensive. If you're looking for a new smartwatch and you don't want to break the bank, Amazon also has Samsung's 40mm Galaxy Watch Active2 on sale for just $160. It lacks the rotating bezel of the mainline Watch series — swapped out for a touch-friendly ring — but otherwise, it's an excellent wearable in its own right. 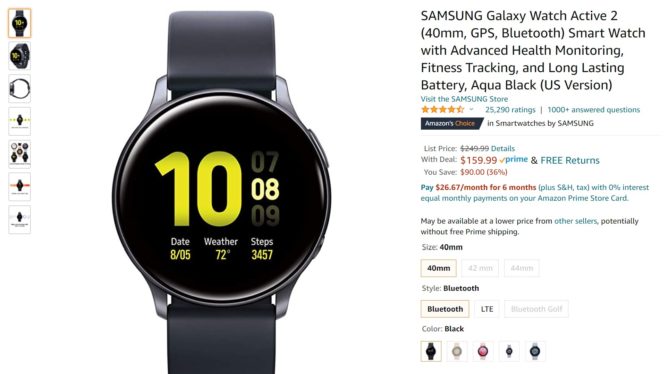 As with most of Amazon's other Prime Day deals, you'll need to be a Prime member to get these discounts. Both are marked as ending in "one day," so act fast if you've been hunting for a new smartwatch. You can pick between models using the links below.

Get a pair of Sony's great ANC earbuds starting at $88