Among Amazon's smorgasbord of Prime Day deals, a wide swath of Fitbit's wearable devices are on sale. The clear standout is the top-of-the-line Fitbit Sense, normally $300 but today discounted down to $199.95, even cheaper than the step-down Versa 3. It's available in either black or gold, with accompanying silicone bands, and it ships for free.

Elsewhere in the Fitbit line you can pick up an Inspire 2 tracker for $56.99 ($33 off) or the kid-friendly Fitbit Ace 2 for just $29.99 (a whopping $40 off). These come in a variety of band colors, sadly lacking the Minions flavor that was recently revealed. 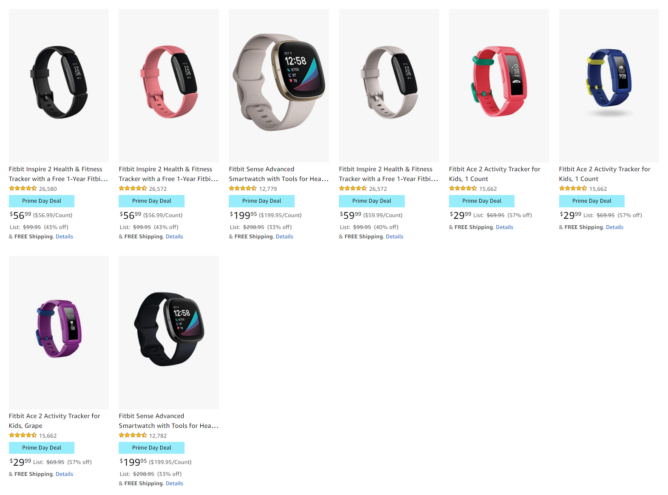 It's worth noting that, technically, this is the rare case of Amazon showing deals on Google-branded hardware, since Google purchased Fitbit lock, stock, and barrel. It's also worth noting that future Fitbit models will run on the improved version of Wear OS, while preserving the company's much-loved current ecosystem. So if you're looking for fitness hardware with a bit of "future-proof" reliability, you might hesitate before pulling the trigger.