Samsung seems to be the only Android manufacturer interested in premium tablets. Incidentally, it also had a major hit with last year's Galaxy S20 FE, offering flagship specs with cheaper materials and a few cut corners. So now, after a whole lot of leaks, the Galaxy Tab S7 FE is official. Samsung also announced the Tab A7 Lite, for the less lucrative but far wider market of budget tablets.

The Galaxy Tab S7 FE is a less spendy alternate to the Tab S7+, notably using its hefty 12.4-inch screen size. It shrinks down the resolution a bit to 2560x1600, but the bigger disappointment is that Samsung had to go with a cheaper LCD panel instead of the gorgeous AMOLED on the original. Based on the specs, it looks like it will be more premium than the previous Tab S6 Lite model, while obviously not quite stacking up to the full-power S7 or S7+. 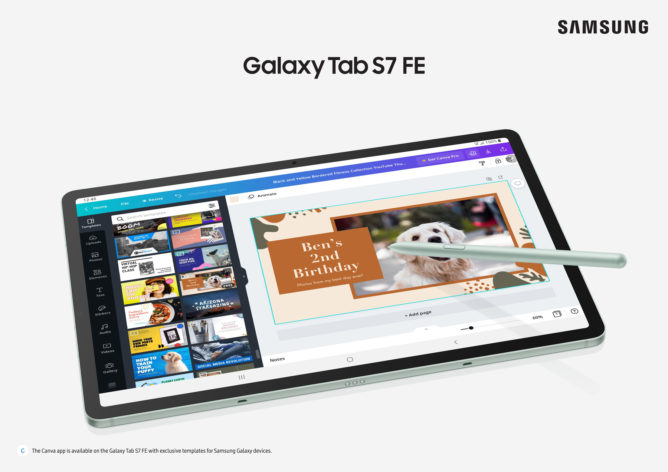 Samsung isn't saying exactly which processor is being used, but the "Octa-core 2.2x2GHz + 6x1.8GHz" matches the Cortex A77/A55 of the Snapdragon 750G spotted in the leaks. That's pretty speedy, but a step down from the top-of-the-line Snapdragon 865 in last year's models. It's paired to either 4GB or 6GB of RAM, with 64 or 128GB of storage plus MicroSD card slot. There is no headphone jack. 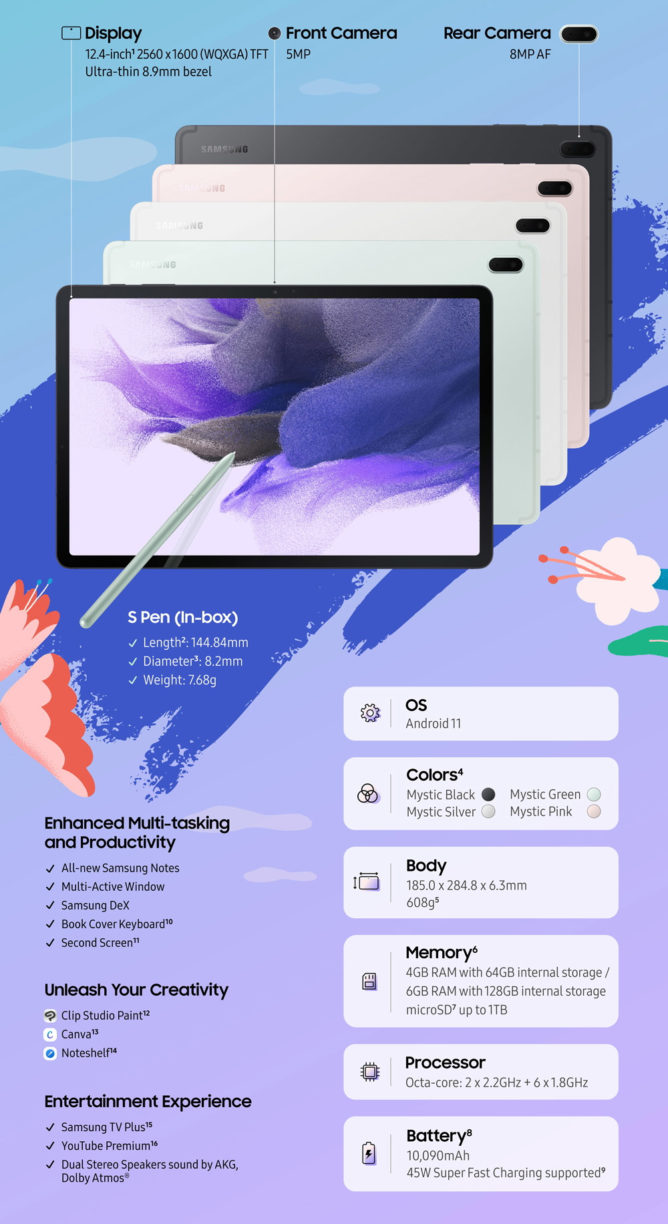 There will be 5G versions of the tablet, though availability won't extend to all regions. The Tab S7 FE is using a single 8MP rear camera and one 5MP selfie cam, nothing particularly exciting, with a generous 10,090 mAh battery charging at up to 45 watts. The tablet will come in black, silver, green, and pink colors (all of the "Mystic" variety), and like last year's S7 models, it includes an S-Pen stylus in the box. Book cover and keyboard covers will be available from Samsung; note the POGO pin connector on the bottom edge. 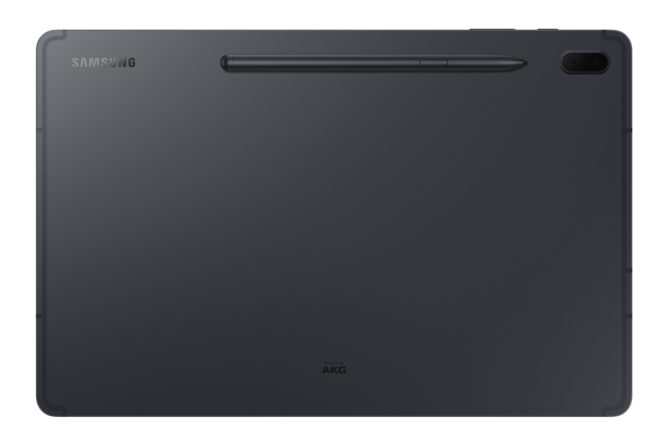 Samsung isn't saying how much the Tab S7 FE will cost in the US. It'll almost certainly be cheaper than the original Tab S7 and S7+ ($650/$850 retail for the base Wi-Fi models), but by how much isn't clear. The tablet will launch worldwide in June.

The Tab A7 is already on the "Lite" side compared to the S7 series, but for those who need an even more affordable option, here it is. The A7 Lite is mid-range in size for tablets with an 8.7-inch, 1340x800 LCD screen, and its "octa-core processor" matches the Mediatek Helio P22T mentioned in earlier leaks. It's packing either 3GB or 4GB of RAM, depending on which model you buy, with 32 or 64GB of storage, respectively. Naturally, it includes MicroSD card expansion. 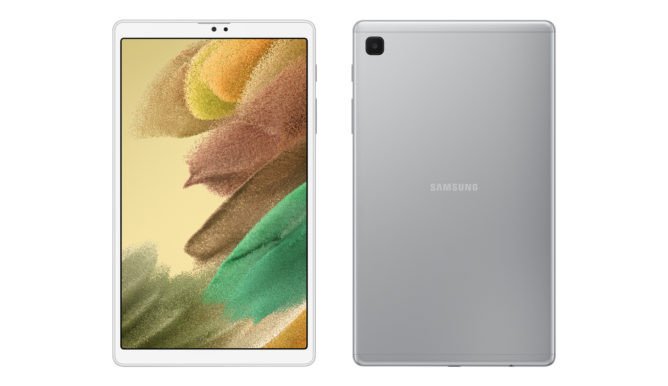 Samsung will sell Wi-Fi and LTE variants of the Tab A7 Lite, and the latter might not last long on a 5100mAh battery. It doesn't help that charging tops out at 15 watts. Like the larger tablet it's restricted to just one camera on the rear and front, 8MP and 2MP, respectively. It comes in black or silver, and has the headphone jack missing from the Tab S7 FE, but does not include a stylus.

Samsung says the Tab A7 Lite will have an "affordable price," presumably well below the $230 retail price of the Tab A7. It will also go on sale in June.

The Galaxy Tab S7 FE and the A7 Lite have made their way to the Indian market and both tablets will be available to purchase from June 23 at leading offline and online stores.

Google Meet is making it difficult to ignore raised hands