PUBG Mobile was banned in India back in 2020 during a spree of Chinese app bans in the country. While it seemed clear the game would return as an Indian variant devoid of the Tencent server issue that caused the game to get banned in the first place, today, Krafton has confirmed the game is returning to the country as Battlegrounds Mobile India.

Above you can view the first trailer for Battlegrounds Mobile India, but it's only a teaser, so no gameplay is shown. Why developers continually announce games with nothing to show, I don't know. Still, it stands to reason that Battlegrounds Mobile India will play exactly like the original PUBG. However, it's already clear the game will offer its own eSports ecosystem that's separate from the core title. This also means in-game events will differ between the two titles, and so the player base will soon be split between two versions (the Lite version was recently retired), with a third game called PUBG New State coming sometime later this year. That's a lot of PUBG, perhaps too much.

So far, Krafton is tight-lipped on what to expect from Battlegrounds Mobile India, though a website is available, not that it details anything important. As most would assume, the game will be limited to India, it will be free-to-play, and a period for pre-registration will take place at a later date that's yet to be revealed. Luckily TechCrunch has a few more details, and so we know the game will offer a number of restrictions to limit spending and game time for minors, and it will require a phone number of a parent or guardian to play if underage.

Of course, as development moves forward, I'm sure we'll hear more about Battlegrounds Mobile India, its planned pre-registration period, and eventually its release date. So stay tuned, as this story is far from over.

Battlegrounds Mobile India will be available for pre-registration soon 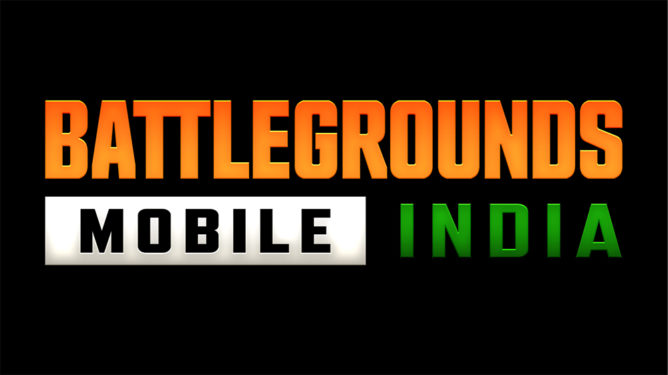 The trickling of information for Battlegrounds Mobile India continues with today's announcement that the game will be available for pre-registration on the Google Play Store starting May 18th. Like most pre-regs, the developer will offer incentives to pre-register, though the specifics of these items have yet to be detailed. Of course, if you'd like to check out today's announcement in full, I've pasted it below.

There will be specific rewards available for fans to claim, only if they pre-register the game. These rewards would be specific to Indian players only.

To pre-register for BATTLEGROUNDS MOBILE INDIA, please visit the Google Play Store and click on the “Pre-Register” button, and your rewards will automatically be available to claim on game launch.

Krafton’s brand new game will launch as a free-to-play experience on mobile devices. We request players to stay tuned, stay masked and stay safe, for additional details on the pre-registration rewards. BATTLEGROUNDS MOBILE INDIA will be available exclusively to play in India only.

For more information on the game, stay updated on news, and the vital security safeguards in place, please visit https://www.battlegroundsmobileindia.com

Right on the clock, the pre-registration for Battlegrounds Mobile India is now open. The app listing is linked in the widget below, so just head over there and register your interest. Those who do will get four rewards: the Recon Mask, Recon Outfit, Celebration Expert Title, and 300 AG.

Battlegrounds Mobile India is finally available to download for players in India.  If you're interested in trying it out, apply to be a part of the beta program. In case you can't sign up yet or face an internal server error, wait out a bit and try again. New slots are expected to open up at regular intervals.

The game has a download size of about 700MB and you will be able to import data from the previously-banned PUBG game — no starting from scratch.

Sonos is giving some serious side-eye to Google's assertion that Assistant and Alexa can't play ...

The Samsung Galaxy Buds Pro are getting a coat of white