The phone was first teased at MWC Shanghai this year and has now finally been announced in the Chinese market. Apart from the flagship Qualcomm chip, there are a few other things that make it stand out, including the dual-tone leather variant that's reminiscent of the OnePlus Concept One. There's a 6.43-inch 120Hz Super AMOLED screen for viewing pleasure that boasts of an impressive 360Hz touch sampling rate. 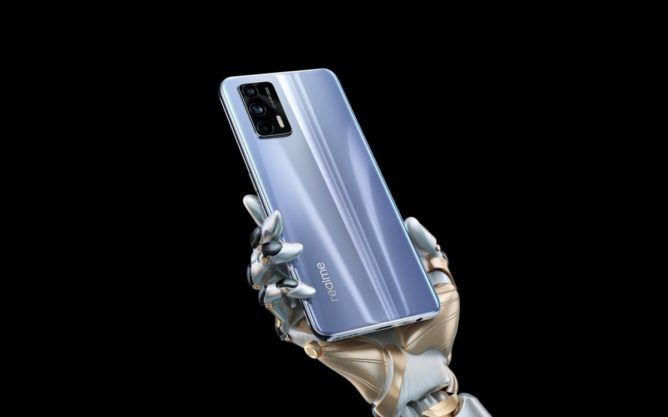 The Snapdragon 888 is accompanied by up 12GB of LPDRR5 RAM and up to 256GB of UFS 3.1 storage, a combination that should deliver excellent performance. There's also a stainless steel VC cooling system that claims to fully cover core heat sources and "significantly" reduce temperatures.

The camera stack is comprised of a 64MP Sony IMX686 sensor, an 8MP f/2,4 ultrawide, and a 2MP macro sensor. There's a 16MP camera at the front for selfies.

Keeping the GT running is a 4,500mAh battery that can be juiced pretty quickly with the 65W fast charger in the box. This is also one of the first phones from Realme running Android 11 out of the box, with Realme UI 2.0 on top.

After being exclusive to China for a few months, the Realme GT is now being introduced in global markets. It's available to purchase in Europe, Thailand, and Russia and more regions like India are to follow very soon.

The first look is always special!
Which one of these do you want us to launch first?

RT & reply with your answers. pic.twitter.com/78bnXGMSvd

Realme also announced two new smartwatches (Watch 2 and Watch 2 Pro), a robot vacuum, and teased its upcoming tablet and laptop at the event.