Thanks to the US and other countries' trade sanctions on China-based Huawei, one of the world's biggest phone manufacturers was effectively cut off from Google's proprietary Android software. With few choices remaining, Huawei sold off its Honor sub-brand to a consortium of new owners, effectively making it an entirely new corporate entity. With its B2B relationships restored, the Honor 50 and the 50 Pro are the company's first new Android phones to receive Google apps in almost two years.

The Honor 50 series still has a lot of Huawei hardware DNA, notably in that enormous double-bubble rear camera module. The top circle is the primary sensor with an eye-popping 100MP resolution, with three secondary cameras and the LED flash beneath: 8Mp wide-angle, 2MP macro, and 2MP depth sensor. Note the sparkly "diamond" finish on the crystal color, though red, green, and black are also available. Honor says the shiny coloring combines with the circular camera modules to suggest expensive jewelry. 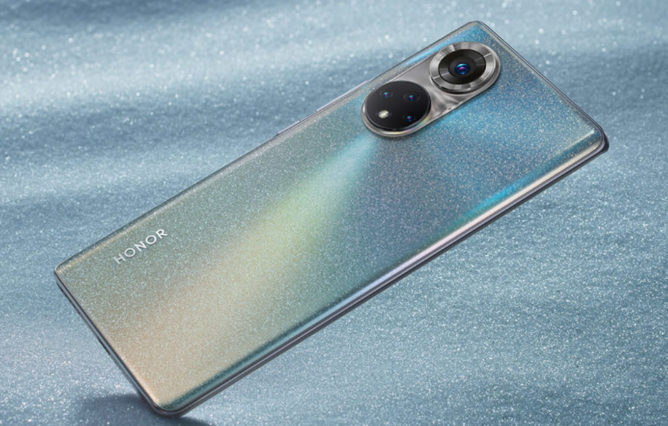 Both phones use the Snapdragon 778G processor, at the higher end of the mid-range. The Honor 50 uses a curved glass 6.57-inch screen, while the 50 Pro bumps it up to 6.72 inches, both running at 120Hz. The 50 Pro gets an impressive 300MHz sampling rate. The smaller phone has a single 32MP selfie cam in its centered "hole punch" cutout, while the Pro will get a 12MP wide-angle sensor on top of it and on the left side.

Batteries are impressive: the Honor 50 gets 4300mAh charging at up to 66 watts. The 50 Pro is, surprisingly, a little smaller at 4000mAh, but it charges at a shocking 100 watts, allowing it to go from zero charge to 90 percent in 20 minutes. 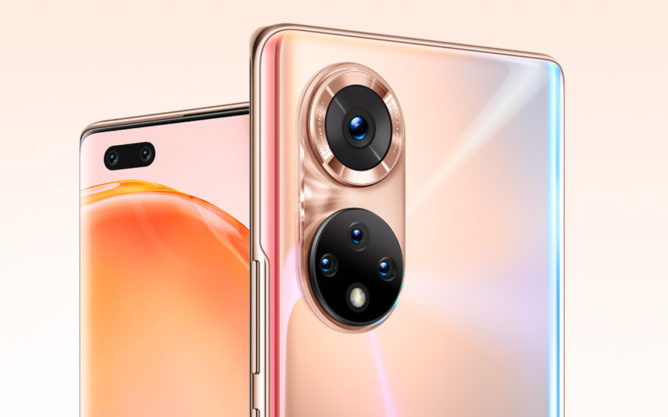 Both phones are available for pre-order today in China, at 2699 and 3699 Yuan, respectively (approximately $422 and $578 USD). The phones will be launched in international markets later this year, including but not necessarily limited to the United Kingdom, France, Russia, Saudi Arabia, Russia, and Mexico.

'Enhanced notifications' replace Adaptive Notifications in Android 12, but they're basically ...