Chromebooks have had a long history of lackluster screen recording software — most requiring an expensive subscription to unlock essential features. It was just a few updates ago that Google added a native solution for Chrome OS, sporting a fancy capture bar that's intuitive to use. While the upgraded screen capture experience is a welcomed change — especially tablet users — the screen recorder component is unusable for long recordings. You aren't able to seek through your captures unless you convert the WebM format into something else like for lectures. You won't have to wait much longer, as Google is finally making its screen recorder usable.

We've been tracking Google's efforts to fix Chrome OS's unseekable video recordings since February this year, and over the last few months, work has progressed slowly on its bugtracker. The developers finally merged a fix recently, which closes the curtains on this frustrating limitation. While it's live in Chrome OS 93, Google chose not to push the fix into older versions. If your Chromebook is on the Stable channel, then you're stuck with the issue until this coming September.

This CL implements the design doc http://go/cros-seekable-webms
to add support for Capture Mode to be able to produce seekable
webm files, so video players can seek through the videos and
jump to any arbitrary timestamp.

This CL restructures things heavily between the recording service
and ash, but simplifies things a lot.
- The service is now given the file path of the webm file so it
writes directly to it.
- No longer needed to repeatedly send muxer chunks to Ash.
- Also no need for the buffering needed on both sides, which
was needed to avoid doing many IPC calls and many IO calls.
- The service therefore is the one reporting IO errors, or
critically low disk space conditions. Hence, the service
provides the client with a more detailed |status| of the
recording, rather than a simple boolean.

The developers massively simplified the screen recorder's technical back-end. Previously, the recorder service passed muxer chunks to the client (ash) to write files to the disk. While it helped increased overall security, it prevented Chrome OS from creating seekable video files. To fix this, the service uses the file path of the footage and writes to it directly, using the browser to pass the file back to the recorder. Video players will now be able to seek through recordings and jump to any desired timestamp.

As a student who often records my class lectures, I'm glad this issue is finally being put to rest. As it is now, it's a hassle to convert the WebM files into MP4 to seek through my recordings — I'm still appalled that Google shipped its native screen recorder in a broken state. Even though Google fixed this in the Canary and Dev channel, it'll still be unusable for the masses until September. I'm not sure why the developers decided not to merge the fix into Chrome OS 92, or heck, even Chrome OS 91, considering how serious the lack of seeking is. 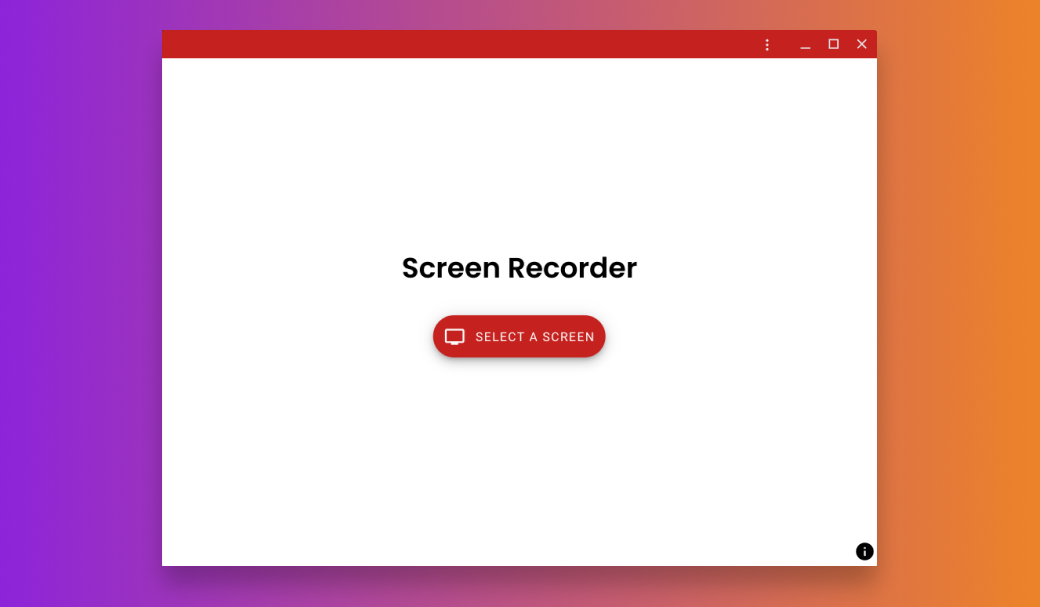 For those who can't wait until Chrome OS 93, I wholeheartedly recommend installing this awesome screen recorder by Carson Saldanha on your Chromebook. It's a Progressive Web App that works offline, is private, clean, and completely free — no ads or subscriptions attached. It saved my bacon multiple times this week — and it could save yours, too.