If I were held at gunpoint and asked to surrender either my fat wallet (it's a hypothetical situation; I can take the liberty 🥲 ) or my unlocked phone, I'd choose the former. After all, who wants to risk their sensitive media being shared around the web for all the world to see? If you've been loyal to Pixels and Google Photos, you might be happy to learn that you can finally hide your media in a Locked Folder.

This new feature is an offline-only solution and images and videos stored in it won't be available on any other device your Google account is connected to — cloud copies will be deleted too. If that's not what you're looking for, it's best to steer clear. Currently, the feature is rolling out to newer Pixel phones (Pixel 3 and later), but Google promises it'll come to more devices later in 2021.

How to enable the Locked Folder

1. You'll need to have a screen lock on your phone to use the Locked Folder. If you don't already have one (and you really should), go set one up before you proceed to the next step.

2. Open the Google Photos app and head over to Library > Utilities > Locked Folder.

If you haven't set it up, you should see a prompt (left) at the top in the Utilities tab.

4. That's it. You now have your own secret vault within Google Photos. You'll need to enter your lock screen password or use your fingerprint to access it each time. 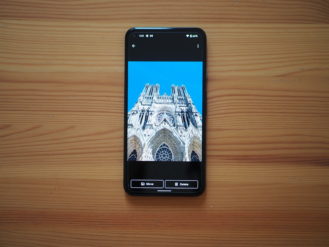 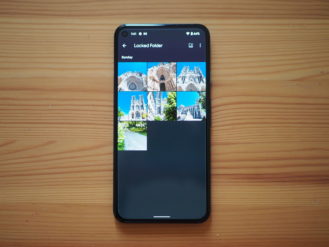 Media in the Locked Folder

Photos and videos saved in the Locked Folder won't appear anywhere in the Photos grid, memories, search, or albums. They won't be visible to any other app on your phone either.

Locked Folder in @GooglePhotos is a hidden space for your sensitive photos & videos. Media can be saved right from your camera & won’t show up in albums, Memories or apps.

How to add images and videos to the Locked Folder

2. If you're using a Pixel, you can also save media right from the Camera app. To do this, tap the photo gallery icon in the top right corner and change it to Locked Folder. Now all images and videos you capture will automatically be saved to the Locked Folder.

If you don't see the feature on your Pixel yet, don't fret. Google is rolling it out to eligible phones (Pixel 3 and above) over the coming weeks, so it might be a while before you see it pop on yours. Unfortunately, if you're using a non-Pixel phone, you'll have to wait a little longer to get any of this functionality — we'll let you know when the time comes.