OnePlus has probably never been as ambitious as it’s been so far in 2021, launching a trio of flagship-class phones and even stepping into the fitness wearable space. Though the OnePlus Watch and Band both failed on several fronts, you’d expect the smartwatch to at least be a better overall product than the cheaper tracker, right? Well, you may be surprised to learn that not only does the Band outpace the Watch on most core metrics, but these two are also quite far apart in terms of their basic tracking capabilities, despite coming from the same brand.

For the sake of this testing, I wore both the Watch and Band together (looking like a nerdy nut) to minimize any possible variance in tracking. During this period, I noticed not only that OnePlus may have tried to give the software on these two a similar look with matching iconography, but that the underlying tracking algorithms here seem vastly different, with the Watch usually on the iffy side. This further backs my earlier theory that the Watch is nothing but a white-label smartwatch that OnePlus is selling under its name. 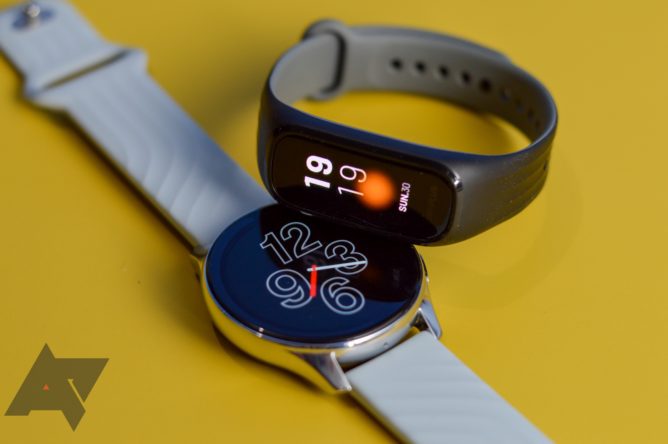 Where it went wrong

I manually started logging my evening walk on the Band, while the Watch was supposed to pick up on such activity automatically. For at least 10 minutes, though, the Watch failed to register it, and in doing so, it missed out on a few minutes of data. Taylor also faced this when he reviewed the Watch a few weeks back.

As expected, the Watch was a few steps behind the Band, which was tracking my steps rather accurately. But by the time I was done with the half-hour session, the Watch not only ended up counting a couple of hundred more steps, but also tripled the calorie-burn total versus the Band. The latter likely happened because the smartwatch was also overestimating my heart rate by around 10-18 bpm, which certainly isn’t within the expected margin of error.

The Watch also had no clue when to stop (not pause) recording and continued for several more minutes until I finally gave up and ended it manually. Meanwhile, the Band knew exactly when to stop tracking and didn’t resume it even as I walked back to my room. Frustratingly, the Watch’s altimeter failed to register that I climbed up a floor, but it somehow knew that I went back down. It’s the weird stuff like this that makes the Watch more annoying than helpful.

Readings from the OnePlus Watch (left) and Band (right).

I don’t even want to talk about sleep tracking on either of these devices. You’d be better off gauging how you feel when you wake up than depending on their utterly fickle sleep monitoring.

Is the OnePlus Band really better than the Watch?

In short, yes. But if you ask me whether I’ll ever buy it, then I’d give you a hard no. In my review of the Band, I said that it isn’t a complete product and doesn’t stand a chance against the likes of the Mi Band 5, and I still stand by that. The OnePlus tracker only covers very basic functionality, and even that's half-baked. Take sleep tracking, for example; you don’t get REM monitoring, which is found on competing trackers and is a crucial metric to assess your sleep quality.

But despite being a mediocre product in itself, it still beats the Watch at those basic tasks. That speaks volumes about the kind of haste that must have gone into launching the Watch prematurely. All the shortcomings of the timepiece, in our opinion, are the result of the poorly implemented software, while the hardware isn’t an issue in any way (though I would’ve liked to see wireless charging). The good thing about this is that software can be improved far more easily, but the missing piece here is OnePlus’s willingness to get down to implementing those improvements. 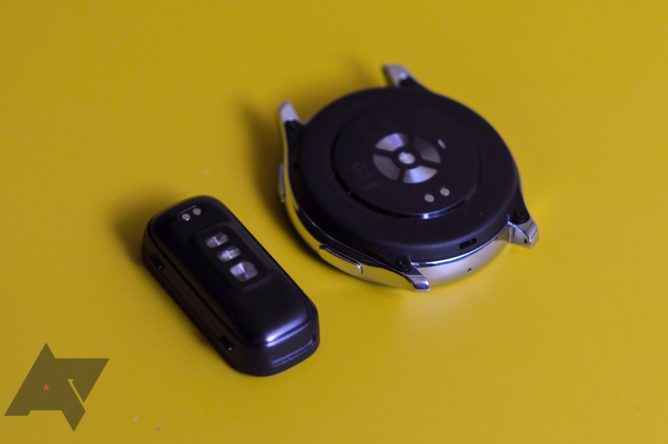 The OnePlus Watch and Band aren’t competing products, and ideally, we shouldn’t be comparing them at all. But given how haphazard their launches were and the subsequent underwhelming reviews, we were simply looking for the lesser of two evils. I don’t frankly remember the last time I had something like this to say about OnePlus products, which have generally been among the best in their price segments. But these two wearables neither lead a category nor do they outperform a major player; they’re there only for the sake of being there.

Though it’s too early to say if this is becoming a trend with OnePlus, we’ve at least started to see some early signs of it. The Watch’s review score was probably the lowest anything has received here at Android Police in recent memory, and the Band, too, wasn’t that far behind. We even had some major reservations about OnePlus’s top-tier 9 Pro. Hopefully, OnePlus is already taking note of this kind of feedback and is course-correcting to come out with products that do more than just try to fit in.

11 new (and 1 WTF) Android games from the last week: The best, worst, and everything in between ...