Xiaomi offers a compelling flagship lineup with the Mi 11 and the Mi 11 Ultra, though its bread and butter remains the budget market. But the company can still capitalize on the excellent Mi 11 brand name to make its latest budget offerings more appealing, and that's exactly what it's doing with the Mi 11 Lite 4G, the most affordable member of the family at roughly $300.

The question: Is the Mi 11 Lite living up to the expectations set by the rest of the Mi 11 family? It certainly looks the part, and it packs some capable hardware like a 90Hz Full HD OLED screen, a 64MP main camera, and a decently sized 4250mAh battery. But is it a winner when you put it all together?

You might think that the "Lite" moniker refers to the Mi 11 Lite's specs, but no, the phone itself is "ultra-light weight" and thin at just about 150g and 6.8mm thick. That's particularly surprising when you consider that it's not a small phone by any means — its 6.55-inch screen makes it almost as big as the Mi 11.

Overall, the Mi 11 Lite looks and feels a lot like its flagship sibling, the Mi 11, thanks to the same prominent camera array design, the same logo placement on the glass back (which is a fingerprint magnet, as you would expect), and the same in-display hole-punch camera arrangement. Differences are in the details. The Mi 11 Lite trades the in-display fingerprint reader for one in the power button, it doesn't come with a ceramic back option, and its plastic frame is noticeably more budget and scratches up rather easily. Thankfully, Xiaomi decided to forgo the Mi 11's curved display edges, instead opting for a flat panel. The 90Hz 2400x1080 screen itself is pleasant to look at, gets plenty bright in sunlight and plenty dark at night without any viewing angle problems. You have to specifically activate the 90Hz mode in settings, though. 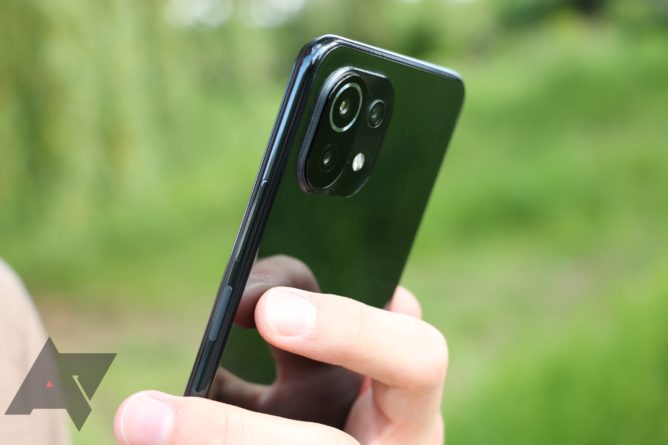 The rest of the hardware mostly fits the positive theme. The side-mounted fingerprint reader inside the power button is fast and responsive, the stereo speakers are passable, and Xiaomi even included an IR blaster. It's just a bummer that the vibration motor feels rather mushy and rattly, paling compared to a Pixel or iPhone. There's no wireless charging, either.

You'll find a transparent case, a charger, a USB-C to A cable, and a 3.5mm adapter in the box.

In contrast to our resident MIUI apologist Max Weinbach, I can't fully recommend Xiaomi's software. There are still many bugs, inconsistencies, and departures from standard Android behavior. The keyboard is positioned way too low when using gesture navigation, some touch targets are hard to hit, the software is riddled with ads (in some regions), notification management is an unnecessary hassle, and Xiaomi forces dark mode on apps that haven't introduced proper support of their own yet — not to mention the pesky battery life optimizations that hinder certain background tasks from running by default.

But there are also a lot of aspects to like. The Mi 11 Lite relies on Google's excellent apps for phone calls, texting, and contact management, and Xiaomi doesn't replicate any pre-installed apps like Gmail or Calendar. There's some bloatware, but most of it can be uninstalled. And features like Second Space, seamlessly integrated floating windows, game mode, dual apps, and the video toolbox are more than welcome. 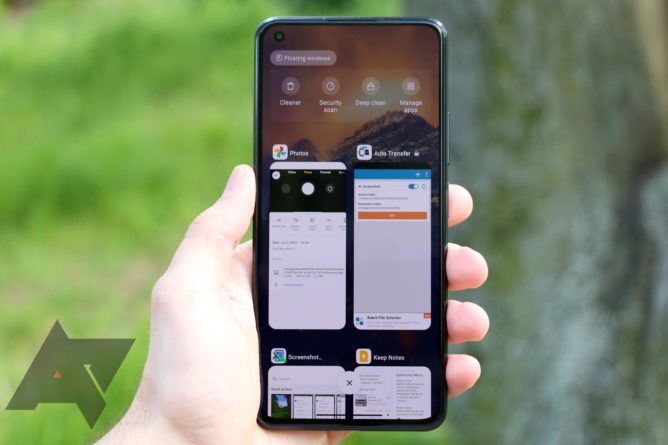 The Snapdragon 732G paired with up to 8GB of RAM makes for a fast, stutter-free experience even when you're multitasking across apps. In contrast to other budget phones like the OnePlus Nord, I found myself extremely impressed with the optimizations Xiaomi made. There is one thing that makes clear that this isn't a high-end phone, though. The Wi-Fi radio keeps dropping the connection in a corner of my apartment where other phones work just fine.

On most days, the 4250mAh battery should last you until it's time to charge the phone overnight. I routinely reached more than 5 hours of screen-on time with 30-40 percent power left when at home. There's less wiggle room when I'm out and about, but during my two weeks of testing the phone, I never once managed to completely run down the battery before it was time for bed. And if you do need to top up the phone in between, you can rely on Xiaomi's proprietary SonicCharge 2.0 33W fast charger included in the box (it's compatible with Quick Charge 3.0, for what it's worth).

The camera setup is quite versatile, considering the price. The primary 64MP sensor is accompanied by an 8MP ultrawide and a 5MP macro, giving you access to a few fun photography capabilities. If you want optical zoom levels, you'll have to go with one of the more expensive Mi 11 devices.

Provided you have the right lighting and the camera doesn't have to process loads of HDR data, images turn out decently. Colors are either a bit more washed out or more intense than I would like them to be, but shots are mostly okay. Results vary far too often, especially when you look at the greens and my skin.

While the utility of a macro camera is debatable, I personally enjoy taking these ultra close-up pictures. Many other manufacturers just throw in a super cheap 2MP sensor here to increase the number of lenses, but I feel like the Mi 11 Lite's sensor produces pleasant enough 5MP images. Having an ultrawide is also fun, though I prefer the added benefit of a telephoto zoom camera over the overly dramatic shots made possible by ultrawides.

It's just a shame that the camera post-processing is disappointing once you throw in less favorable lighting. Xiaomi has already promised that it will fix a few problems via software updates, but as it stands, I don't like how images turn out. Faces are overly smoothed, making me look much younger than I actually am. Color reproduction isn't as accurate as I would expect, which is particularly apparent when looking at greens. And in situations where more expensive phones would use HDR to make for an evenly lit image, the Mi 11 Lite tends to blow out bright areas. Shooting in the 64MP mode that doesn't use pixel binning seems to fix some of these issues, but that's not a viable solution if you want to save storage or compress your images through Google Photos anyway. 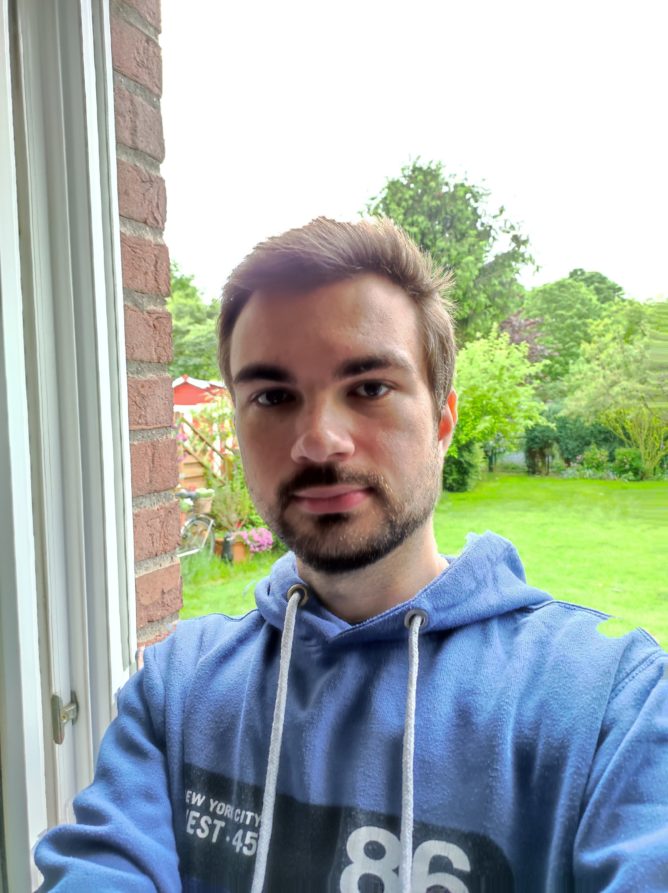 Look at my shoulder and the blown-out sky.

The camera seems to have some trouble just putting images together correctly, too. In one instance, the camera added a green splash on my shoulder that looks like it was pulled from grass in the background. And when I took a selfie with my grandma, it blew out parts of her face that were turned to the light source outside, blending it in with the background. We've experienced similar problems on the Mi 11 Ultra. Luckily, Xiaomi promises a software update fixing the issues across the Mi 11 lineup.

Yes, if you want a stylish and fast phone with a more than decent battery that doesn't break the bank. Apart from the camera and some of the MIUI problems, there isn't much wrong with this phone. And what issues there are could certainly be fixed via future software updates, even if I would never hold my breath for these kinds of promises. That leaves you with a phone that holds its own next to more expensive devices, like the OnePlus Nord, Pixel 4a 5G, and Samsung Galaxy S20 FE.

If you're in the US, you should be sure to check if the phone will work on your carrier first, though. You also need to keep in mind that it doesn't support 5G, so if you pay for access to the new network, you might want to look elsewhere. 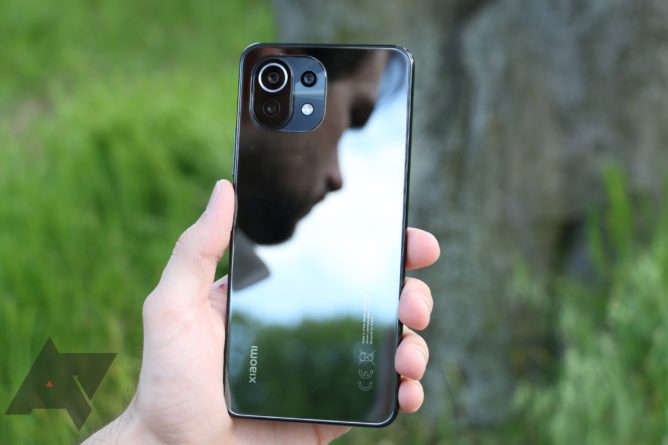 The black variant's back is basically a mirror.

Chrome will make text snippet sharing much prettier in the future