It's been several months since Google announced its new name for the Launcher — or Search key — on Chromebooks, rebranding it to the Everything Button. For those unfamiliar, this button replaces the Caps lock key found on traditional keyboards — tapping it will open the app drawer instead. A Googler writes that the key enables you to search for apps, find files, search online, and more, all in one place. It looks like the company is doubling down on the "Everything" moniker, as it's about to remap a handful of system shortcuts to it.

We've been tracking Google's effort to map multiple Alt-key accelerators to the Everything Button, and it's partially live on Chrome OS 93 (current dev channel version). Upon booting 93 for the first time, you'll get a system notification saying that keyboard shortcuts have been "improved." Tapping on the notification will launch the Shortcuts app, but it doesn't point out what was remapped. However, the following commit — merged in February — explains what got changed. 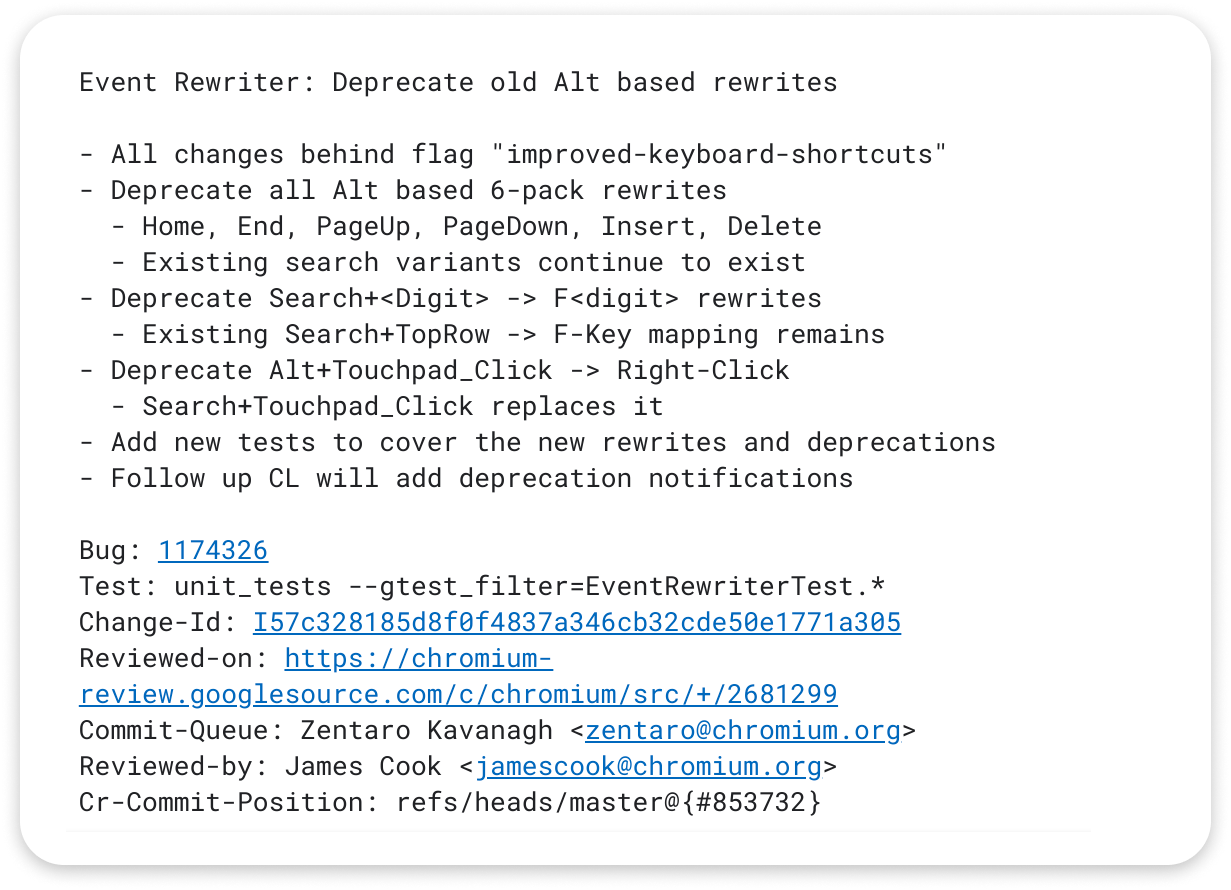 Several Alt key binds are on the chopping block

If you've been depending on Alt+Backspace to delete characters, this is a keyboard shortcut you'll need to relearn. On Chrome OS 93, it'll refuse to parse it, informing you to use Search+Backspace instead. The commit also mentions that several other Alt key combos being deprecated — notably Alt+Touchpad to right-click, but that combo still needs chrome://flags/#use-search-click-for-right-click to work.

I have mixed feelings about this change. Of all the keyboard shortcuts I use daily, Alt+Backspace is one I use a ton, whether deleting characters in front of my cursor or erasing a block of text. Binding it to the Everything Button effectively breaks my muscle memory, resulting in missed strokes and loss of time. I've been trying to adapt, but it's been a slow and grueling effort. Thankfully, disabling chrome://flags/#improved-keyboard-shortcuts will revert this, which should give me more time to adjust.

There's a silver lining for disgruntled users like myself: Google is working on a new shortcut customizer app for Chrome OS. It's not functional at the moment, but there's evidence that suggests it'll be able to remap several system shortcuts in the future. I'm hoping I'll be able to bind the delete key back to Alt+Backspace using it — only time will tell if that's possible or not.

It took its time, but Albion Online is finally available on the Google Play Store