It's been a little over a year since Apple bought up user-favorite weather app Dark Sky, shuttering its entries for Android and Wear OS. Today we're seeing the fruits of that acquisition in a revamped Weather app for the iPhone, which will debut with iOS 15. It's pretty blatantly incorporating a lot of the visual flair from Dark Sky into Apple's official app.

The revamped interface includes tons of new animated backgrounds based on the weather at your specific location, or in the city which you're viewing. Apple says there are "thousands of variations," incorporating the position of the sun, clouds, and precipitation. There are new animated widget-style panels for the app, displaying new info like wind direction, UV index, and barometric pressure. 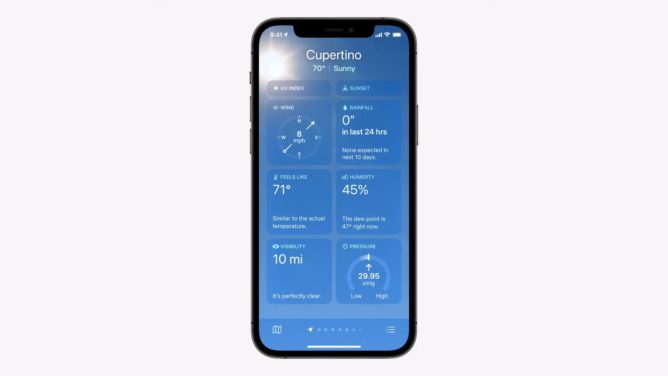 But it's Dark Sky's hyper-local, up-to-the-second info that users covet, and now it'll be included in the default iOS weather apps. Detailed animated maps with an hourly forecast add layers for temperature, precipitation, and air quality, based on the usual distributed data points. 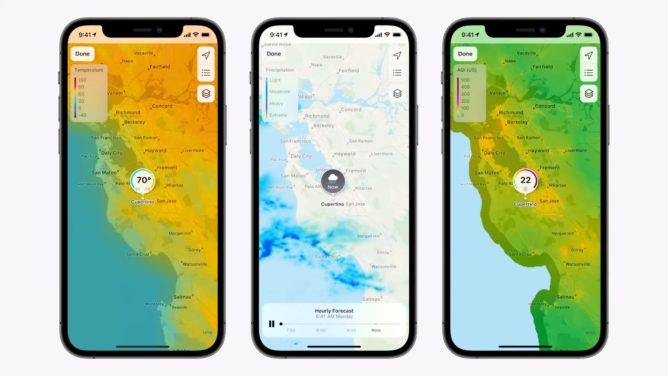 The new version of Weather will be available in iOS 15 and iPadOS 15, going out to developers in beta today and a public beta next month. iOS 15 will be finalized later this year.

Apple steals not one, but two Chrome features for the iPhone's iOS 15 Safari redesign