iPad users get some of the best exclusive features for Apple's touchscreen interfaces in iPadOS. That's remaining true with version 15, announced today at Apple's WWDC event. iPads are belatedly getting support for homescreen widgets, which were previously limited to a sidebar, and now work more or less the same as they do on iPhones and Android devices. But it's the large screen multitasking tools that really steal the show. 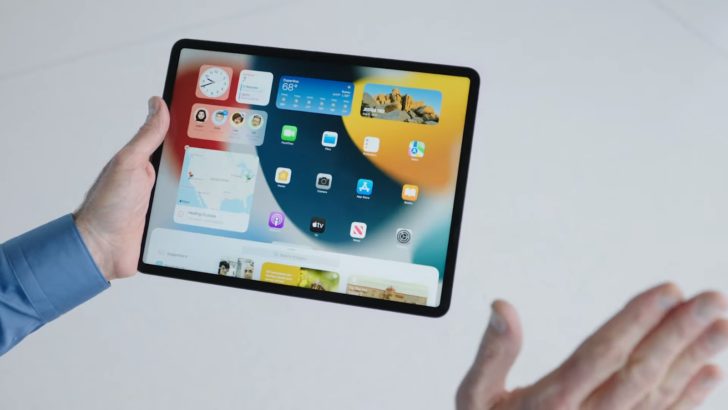 First, widgets. Widgets on iPad can now be placed anywhere on the tablet's home screen, just like iPhone received last year. In addition to all the widgets available on phones, iPads are getting exclusive large-format widgets to take advantage of the larger screen. Some of the new large widgets Apple showed off in its keynote include Apple TV, Apple Arcade, Photos, and Files, all designed to better use the features of the larger format. New enhancements to the homescreen, including app libraries that auto-catagorize frequently-used apps, and a view for quickly hiding or reordering your pages (a la Nova Launcher), are included. 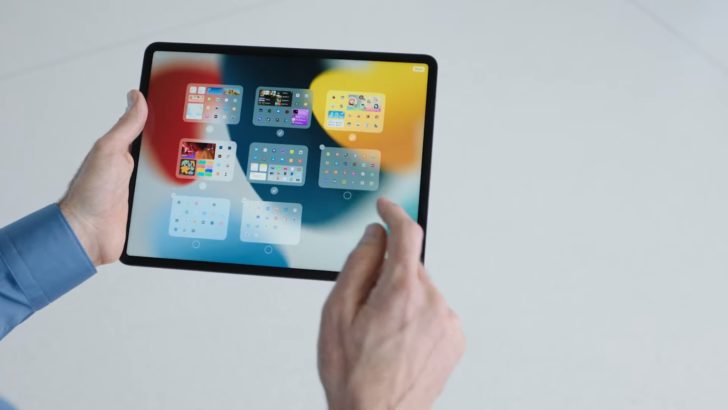 But Apple's pulling out the stops when it comes to multitasking. While iPads already boast impressively smooth ways to split two apps on one screen or float one above another, the new tools codify these paired apps together into saved workflows. A new shelf appears from the bottom of the screen, a sort of contextual dock, allowing you to save and retrieve pairs of your most commonly used splitscreen apps. 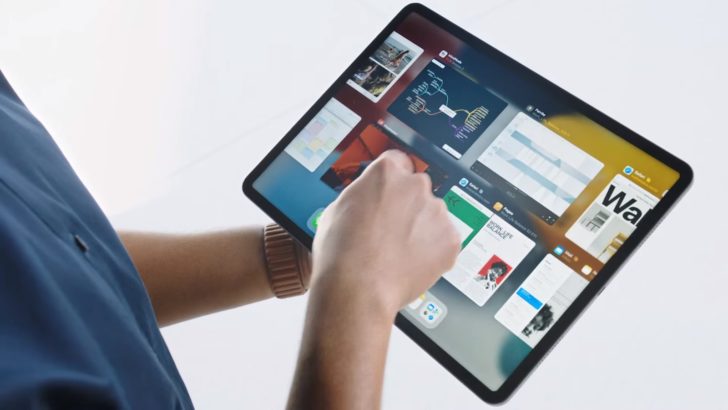 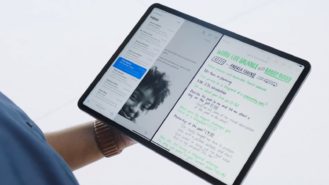 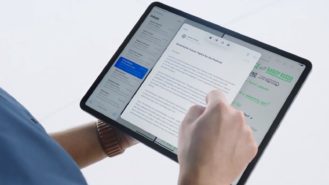 Apps that natively support multiple windows, like Mail, will now work better in multitasking views. You can tap and hold on an email or similar item and it will appear centered in the screen, floating above apps on both sides to allow you to focus. Multitasking is even getting new keyboard shortcuts to make all of these tools easier to access when you're in a desktop-style environment. 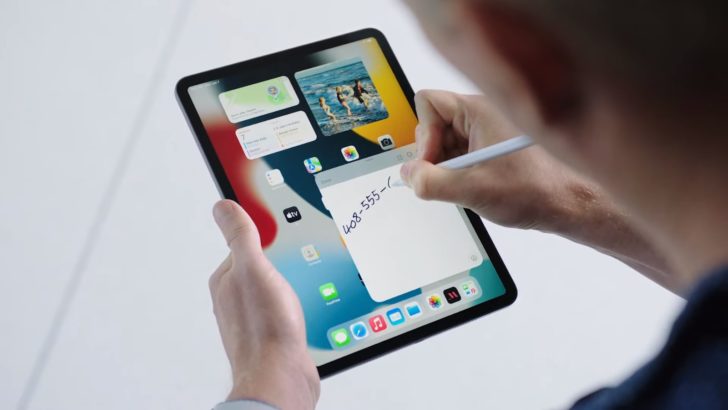 Other enhancements specifically for iPadOS include system-wide access to Quick Notes with a swipe up from the corner, which will sync with iOS and MacOS, and system-wide translation incorporating the new Google Lens-like Live Text feature. All of these should be available soon in a beta build, and come in final versions later this year.

Apple wants to turn your mom into a 2-factor key