For many of us, video calls have become a daily part of our lives. Anyone who owns any Apple devices can tell you how fantastic FaceTime is for reaching out to friends and family. As part of iOS 15, Apple is adding a ton of changes to FaceTime, including spatial audio for more natural-sounding conversations, an all-new grid view, and a SharePlay API that makes it easy to watch videos, share your screen, and more.

Apple's changes to FaceTime all start with making calls sound and feel more natural. With Spatial Audio built-in, voices from your friends or co-workers should spread out to sound like they're coming from the direction someone is speaking. Voice isolation helps block out ambient noise like air conditioners — perfect as we roll into summer — while prioritizing your voice. If you'd rather include your environment in the call, Wide Spectrum picks up your voice and everything around you. 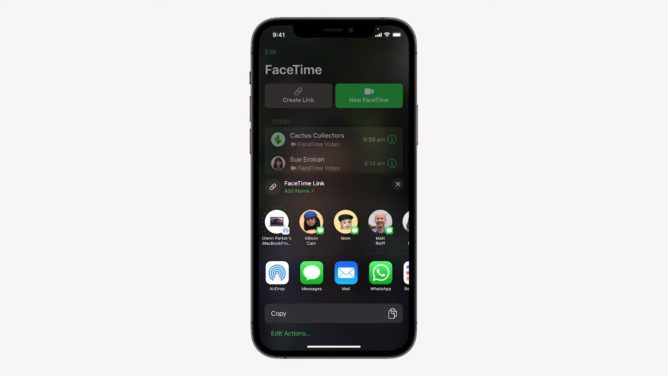 Video is also getting a boost, with a new grid view that helps spread out callers around the display. Portrait mode is now included to blur your background. In perhaps the best update to FaceTime yet, a new Links system lets you plan a call out and share invite links to any user — even on Android and Windows devices — all while keeping end-to-end encryption for privacy.

Finally, SharePlay is a new addition to FaceTime, making it easy to share experiences with other users in a call. In addition to (finally) sharing your screen on iOS, SharePlay lets users listen to music (via Apple Music) and watch videos together in picture-in-picture. Apple's API for SharePlay already supports several video services, including Disney+, Hulu, HBO Max, TikTok, Twitch, and more. Videos sync in real-time, so everyone can enjoy content together, even when you aren't hanging out in person. 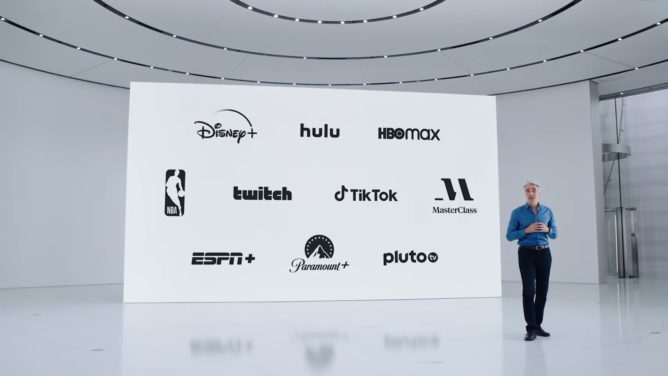 These improvements to FaceTime will arrive as part of iOS 15 later this year.

FaceTime is getting Android support, but there's a catch