Apple Wallet started out with support for credit cards, but it's been expanding to support things like airline tickets and transit passes. In iOS 15, Apple is aiming to finally make your wallet obsolete. You'll be able to store your credit cards, keys, and even your ID all in the Wallet app. Apple says the ID scanning feature is even going to be supported by the TSA.

The new Wallet is big on keys: hotel, your front door, and cars. Wallet is also getting support for ultra-wideband (UWB), which allows it to communicate with supported cars to act as a key. This feature will, of course, be limited to select vehicles. Apple used BMW as an example in the keynote, so those vehicles will probably skew expensive. Hyatt has partnered with Apple to add hotel keys to Wallet, which will appear automatically when your room is available—even if you haven't checked in yet. 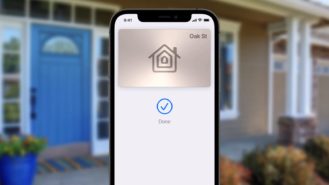 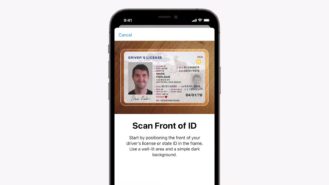 So what about the TSA? Later this year, Apple will let you scan your ID in "selected states" to create a secure digital version. The data lives on the phone's secure element, and you can just whip your phone out at TSA checkpoints to confirm your identity. Apple didn't specify when the TSA will be ready to accept your digital ID, but knowing the TSA, it might take longer than you think.

Your HomePod minis can now be your TV speakers