If you're a big fan of games like Stardew Valley, Story of Seasons, and Animal Crossing, then the upcoming release for My Time at Portia should pique your interest. It's a farming simulation game at its core, but it also offers a host of life sim features, plus a few RPG mechanics, and it all takes place in a 3D open world. The game will arrive on Android and iOS this summer, but so far, there isn't a specific date.

Above, you can watch the new announcement trailer for the mobile version of My Time at Portia. As you can see, this is a bright and bubbly game that offers all of the familiar staples you would expect of a farming sim, such as animal raising, cave diving, fishing, monster fighting, and of course, farming.

We've just learned that this mobile port is coming to Android and iOS in the summer. It will offer an auto-save function, though there is no word if these saves will work cross-platform. What we do know is that the UI has been touched up for mobile and that touchscreen controls have been added.

Something to consider before the game is released this summer is that the Nintendo Switch version performs poorly, even after a round of updates, so I'm a little trepidatious to see how the mobile port will perform since the Switch version still struggles more than two years after its initial release.

Still, I'm sure plenty of fans will be eager to get their hands on My Time at Portia once it lands on Android and iOS this summer. It's a well-reviewed title that has indeed earned those reviews, so here's hoping the Android port performs better than its Switch counterpart. While we don't know the exact date for the planned release or how much the game will cost, I'm sure more information will come to light in the coming weeks or months.

My Time at Portia lands on Android next month 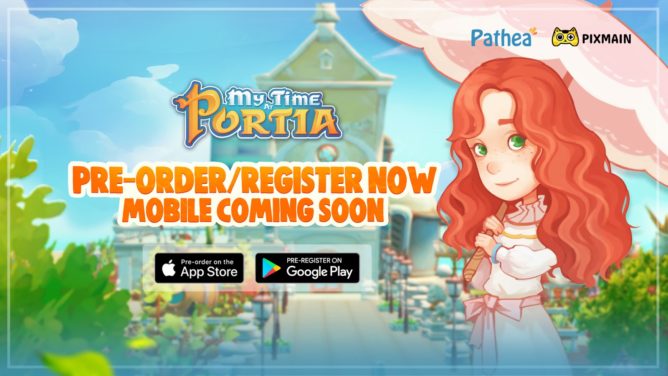 It's official, My Time at Portia is coming to Android and iOS on August 4th, and thanks to today's announcement, the game is available for pre-registration on the Play Store. So far, we know the UI for this mobile port will offer an upgraded interface for touch controls, and a host of convenience features have also made the cut that should speed up some of the game's lengthier build requirements. There will also be a new manual and auto-save option, which is a great addition for a mobile game that will be played periodically while on the go.

So if you're eager to get your hands on this popular indie farming sim, feel free to pre-register through the Play Store widget below to receive a notification when it launches on August 4th. Register QR-Code
My Time at Portia
Developer: Nuverse
Price: To be announced
subscribe

You can now sync your Google Autofill settings across your devices