A $150 phone charger might not be the pinnacle of tech accessory excess, but it surely sits comfortably among the foothills of luxury. A few generic Qi chargers and a USB hub can achieve largely the same goal as Nomad's Base Station, but they won't look or feel nearly as good doing it — and that's what this product, at the end of the day, is really all about.

The Base Station doesn't charge things especially quickly, it is anything but forgiving about where you place your phone, and the version I'm using here comes with a built-in Apple Watch charging stand that is only compatible with said watch. While the Base Station is more than capable of charging any Qi-compatible gadget, its designed use case is clear: keeping your iPhone, AirPods, and Apple Watch juiced up in one wireless and svelte — dare I say sexy — package. Covered in fine black leather, Nomad's Base Station is the simplehuman trash can of chargers. You're paying a lot of money for it, and you're doing it because you like the message it sends: one of sleek and premium packaging. It is unashamedly a lifestyle product — but it's a really good one. 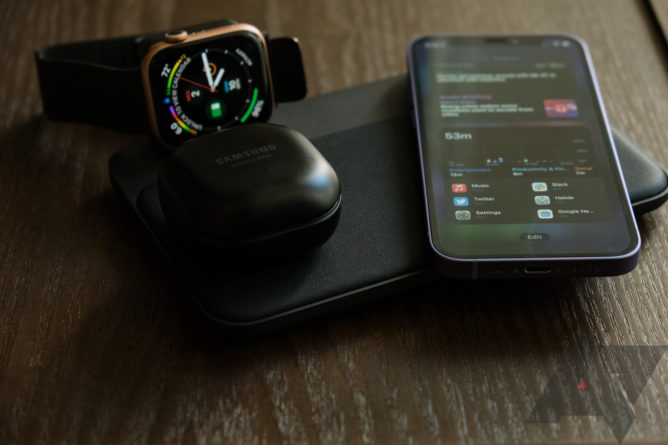 The Base Station pad has three wireless charging coils, USB-A and C ports (one each), and the aforementioned bespoke Apple Watch charger on the version Nomad provided to me. You can forego the Apple Watch bit to save $50, but I'm honestly not sure why you would — the entire point of the thing is one-stop charging, and there are faster, better, and much cheaper wireless chargers out there if all you need is a simple flat pad. The total maximum output of the entire station, though, is a little under 45 Watts: you can charge two phones at 7.5W each wirelessly (10W is the maximum for a single phone on the pad), an Apple Watch at 5W, a USB-C device at up to 18W, and a USB-A device at up to 7.5W. That means the station can charge up to five devices at once: your iPhone, your AirPods, your Apple Watch, your iPad (over USB-C), and another USB accessory like a pair of over-ear headphones or a camera. That's a lot of stuff. 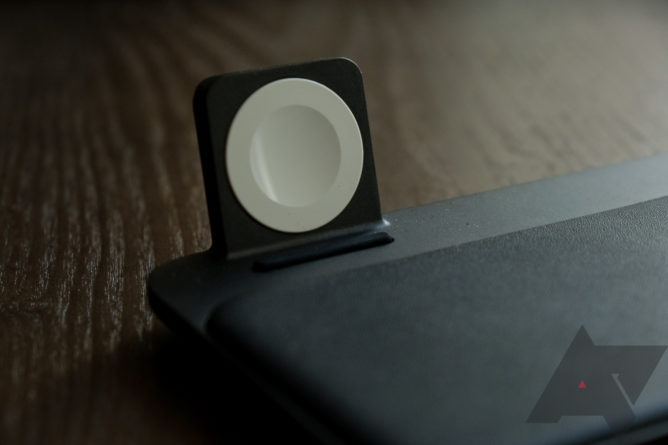 The $50 Apple Watch charging upgrade is more worth it in my book — assuming you have one.

Nomad's pricing may seem steep to those of us embedded in the Android universe, but the company's promise to those in the iOS world is a "just works" wireless experience that Apple notoriously was never able to nail down on its own. For the person with a daily three-Apple-gadget lifestyle (or more), the Base Station makes sense, and doesn't look like some faceless and generic piece of plastic or anodized aluminum. It'll look good on your desk or your bedside nightstand, and anyone who sees it will almost assuredly ask where you got it and how much it cost. That is also quite certainly what Nomad hopes for: the Base Station has a distinctly Instagrammable or Pinteresty quality; something that would be perfectly at home beneath your artsy Edison bulb lamp on your distressed reclaimed wood coffee table. It's a charger as décor.

While the Base Station was a bit picky about charging my ginormous Galaxy S21 Ultra at times, it picked up my Galaxy Buds and Pixel 5 (and iPhone 12 Mini) just fine, and when I woke up the next morning, I didn't have to think about whether or not I'd charged either. The packaging also ensures that my Apple Watch sits upright as my tiny bedside alarm clock, gently waking me each morning with its dulcet boops. The coils, as I said, aren't especially powerful: it can charge two gadgets at 7.5W each along with your Apple Watch simultaneously. That's not good enough for any kind of quick top up, but more than sufficient for the overnight refills we all tend to make. 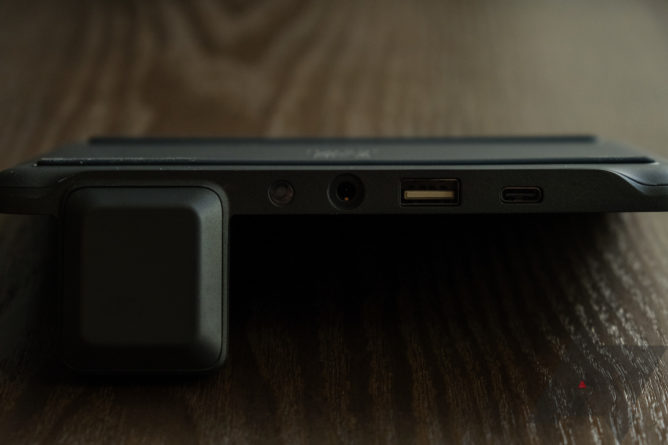 So, yes: there are faster chargers, there are cheaper chargers, and there are ones with far more coils. But the Base Station feels a bit like my old Miata: small (and big) enough, quick enough, surprisingly versatile, and pretty enough to be uniquely appealing. You're just going to have to accept that a V6 Camry is going to cream you in a straight line and hold more than twice as many people doing it… and that you're probably among the small minority of people who are going to appreciate your purchase in the first place. That all said, I still find myself looking at the Base Station like I looked at that little car: With quiet appreciation for the thoughtfulness with which it was holistically designed. And appreciation for the fact that, while it would never be as fast as it looked, there was a fair bit more to it than first met the eye. 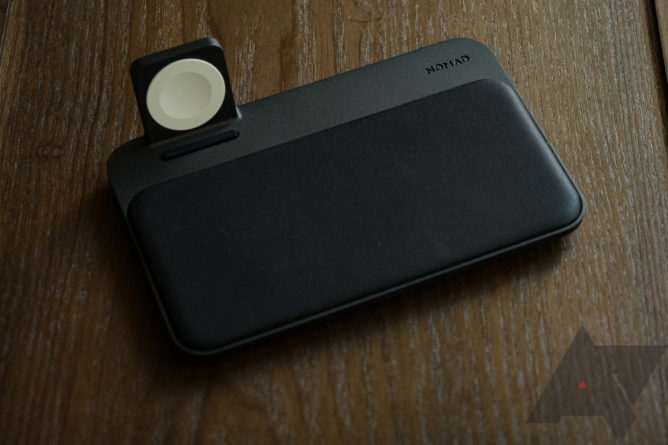 Chromebooks are getting ready to support phone screen mirroring