Google recently rolled out Phone Hub to Chrome OS, a software bridge connecting phones with Chromebooks, making it easier to access recent tabs, notifications, and your phone's hotspot. But it looks like that's just the beginning. We've been tracking a new software codenamed "Eche SWA," and thanks to additional evidence scooped by 9to5Google and XDA, we suspect that you might soon be able to view your phone's screen right on your Chromebook — though the feature might be limited to Pixel phones in the beginning.

We spotted a Chromium Gerrit entry detailing a new "Eche SWA" component, and over the last few months, more details on it have emerged in the Chromium code. From what we could gather, Eche SWA is a system web app that is capable of broadcasting video via WebRTC (the technology also used for video chat apps) and the option to send back some data. An entry in the Chromium source code reads, "Implements the core logic of the EcheApp which is a SWA to transmitting video and bidirectional data over WebRTC."

Some changes to the Phone Hub fit the video transmitting/screen mirroring narrative. Google is working on making phone notifications openable in an Eche window, and the icon we found depicting a text bubble transcending beyond a phone corroborates these findings. We were also able to activate a dummy window of the new Eche app, which you can see below. 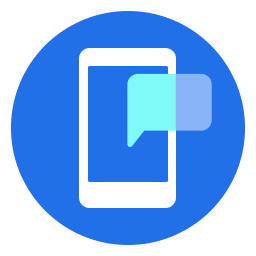 XDA can further corroborate these findings with a teardown of the latest beta version of Play Services (v21.21.12), the software package that enables many system-level features on Android phones. In it, the publication spotted strings in the code that point at the option to "stream apps to your Chromebook." However, it isn't possible to activate the feature yet, and there's no further evidence outside the strings in the code that it's already working.

All this taken together, it sure sounds like you might be able to see and interact with your phone's screen right from your Chromebook to reply to notifications and more. While that might seem superfluous on a device that runs Android apps natively, we can see how it could be beneficial for single-device apps like WhatsApp, Signal, or banking apps. It would also remove friction when switching between devices if you don't want to set up all your apps on your Chromebook in addition to your phone. It remains to be seen how fully featured the connection between your phone and your Chromebook will be, though. You might be able to fully control your phone remotely à la scrcpy, but it's also possible that you'll be limited to reacting to notifications.

And it looks like there's a big catch, at least in the beginning. 9to5Google found another code change that suggests that Eche will be a Pixel-exclusive feature. Google has been releasing new features to Pixels before they make their way to other phones in recent years, but there are enough other examples of features that remain Pixel-exclusive, like Now Playing or the Recorder app. If Google pulls through with screen mirroring, let's hope that the company will also open it to phones beyond the Pixel line. 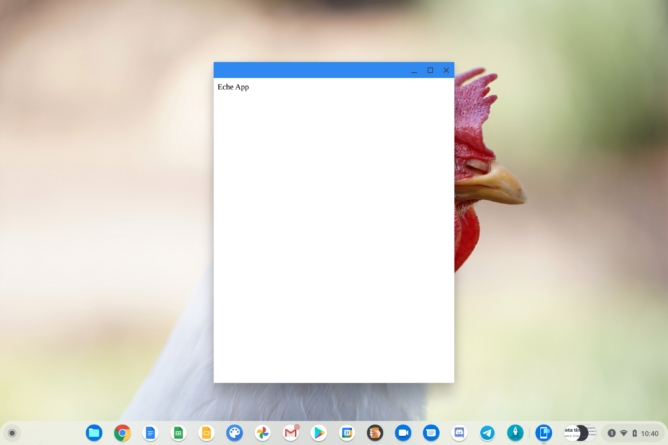 The dummy app we managed to dig up.

9to5Google also spotted the Eche component as a flag (#eche-swa) in Chrome Canary, though for now, nothing happens when you enable it.

From the gathered evidence, it sure looks like Google is gearing up to build a first-party alternative to Microsoft Your Phone, an app that already enables remote control, notification mirroring, and clipboard sharing between select Android phones and Windows. As a full-time Chromebook user, I'm very much looking forward to it.