Nostalgia is a powerful thing, and savvy legacy companies know how to capitalize on it. Nintendo and Fujifilm, two such companies with more than 200 years of combined history, have teamed up to create the ultimate nostalgia trap: an adorable Pokémon-themed instant photo printer. It connects to your phone to pop out tiny prints of your favorite photos — or, using a special app, Nintendo Switch screenshots.

Released in conjunction with New Pokémon Snap, this special edition Instax Mini Link is meant to evoke the feeling of printing out your favorite critter snaps at Blockbuster, a millennial rite of passage. It's not cheap, but it's a ton of fun — especially if you've got little ones of your own to share it with. 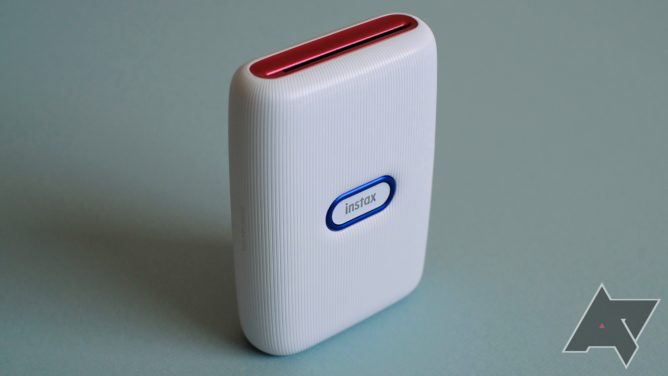 The printer itself isn't anything particularly novel — Fujifilm has been selling Instax Mini printers like this for years. The "special edition" part, technically, is the paint job, unceremoniously christened "Ash White (Red & Blue)." The really fun bit is a limited Pokémon-themed bundle that comes with a silicone Pikachu sleeve for the printer. It might provide some incidental protection from drops and other wear, but the sleeve's appeal is mostly aesthetic. It's stinkin' cute. 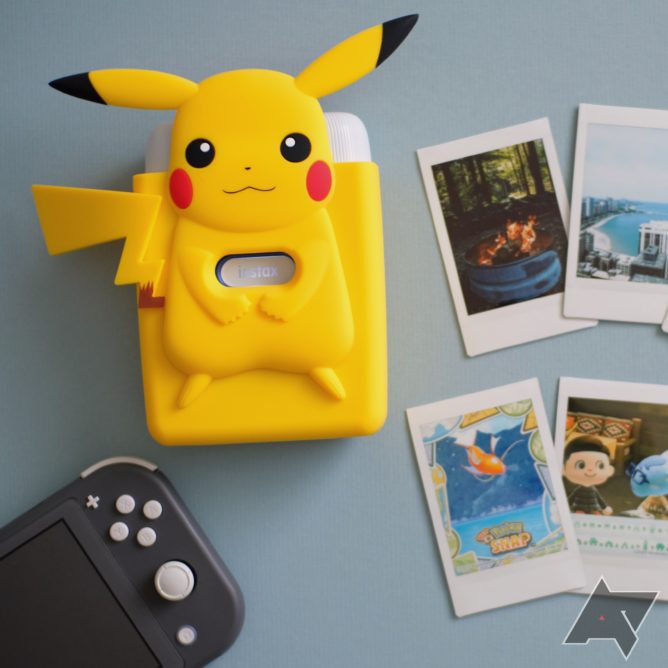 Back in the early aughts, video rental chain Blockbuster had kiosks set up that let you print your favorite shots from the classic Nintendo 64 photo safari-sim Pokémon Snap. That experience is almost replicated here. Using a new app, you can print not only photos from your personal collection, but also Nintendo Switch screenshots from any game. Importing the screens is simple: you just scan a couple of QR codes and they're transferred from your Switch to your phone in a few seconds over Wi-Fi. 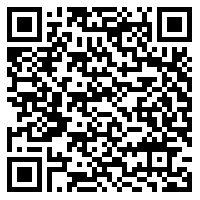 The app lets you crop, rotate, adjust, and add Nintendo-themed frames to both photos and screenshots before printing. Currently, the app itself and the frames have three themes: Mario, Pokémon, and Animal Crossing. Each series gets one app theme and several frames to choose from. It's all fun as an adult, but it's the type of novelty I would've gone nuts for as a kid. If you've got children who are into these games, they're going to love this thing. 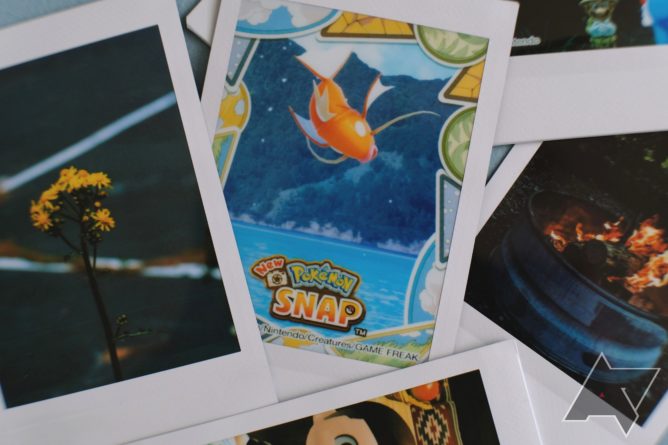 Prints often come out darker than they look in the in-app preview.

The prints themselves are okay. They print onto Instax film (the same kind that's used in Fuji's instant cameras), so they're small — but to me, that gives them a trading card-like appeal. I would've filled a binder with little print-outs of my favorite games if I'd had one of these when I was 12. More problematic than the photos' size, though, is that they tend to come out just a little dark. But even that's not a big deal: your pictures pass through a basic editor before printing, so it's easy to bump the brightness a touch.

Be aware that the film gets pricey. Unless you get a particularly good deal, 60 prints' worth of film will run you about 40 bucks. You could get bigger prints from, say, Walgreens for less. But that's not nearly as fun, and it requires a trip to pick them up. Printing little wallet-size photos at home from a tiny printer dressed like Pikachu is a much more entertaining experience. 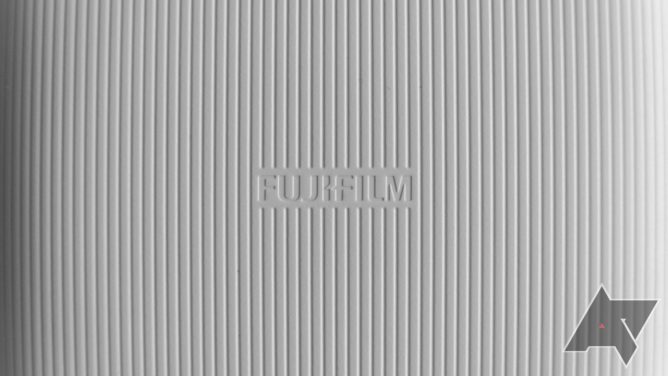 None of this actually requires a specific Fujifilm printer, though; any Instax Mini Link printer will work with the Switch-themed app. And that's handy, because the special edition isn't available yet. Fuji says it's coming to major retailers in the US this month. If you can get your hands on one (or another Instax Mini Link), you're in for a treat. Just keep your eyes peeled: the Pikachu-themed version is sure to go quick.

Where to buy the Fuji Instax Mini Link:

Where to buy New Pokémon Snap: