Although Android TV isn't as popular as Roku or Amazon's Fire TV, access to the Play Store makes it one of the best ways to watch your favorite movies and shows. Up until now, it's been missing a major service from its library, but that all changes starting today. Apple TV is now available on Android TV devices, including the Nvidia Shield TV.

Although Nvidia was the first to break the news, Google has confirmed Apple TV is coming to the Android TV ecosystem as a whole. Prior to today's news, Apple's software was available on Chromecast with Google TV and Sony Bravia sets, but this marks the first time the app has expanded to all devices.

While Apple TV and its premium subscription service might not seem like a must-have for Android users, it's a surprisingly good platform for originals. Ted Lasso grew into a word-of-mouth sensation last summer, and its hotly-anticipated second season is just a month away. Mythic Quest is a pretty solid comedy from the folks behind It's Always Sunny and Community, while For All Mankind lets Ronald D. Moore continue his sci-fi obsessions. Even The Morning Show has grown in cultural appreciation since wrapping up its first season.

In addition to Apple's premium content, its TV app also gives users access to their iTunes library, so you can stream all of those movies you bought back in 2008. Nvidia Shield TV owners will be pleased to learn it's bundling some of its software tweaks with Apple TV, including its AI upscaler that boosts 1080p content to 4K. Google Assistant also works with the app for hands-free control.

Apple TV is available for Android TV users starting today, complete with support for all 4K and HDR content. You can grab it using the Play Store on your device.

Shortly after publishing this story, 9to5Google confirmed with Google that Apple TV was coming to all Android TV devices and wasn't limited to just the Shield. We've updated the article to reflect this. 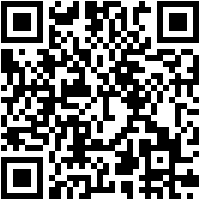 Google Meet will now tell you when your call quality is poor, as ifF Y□U d.dn.t kno###