It's no secret that Google has struggled to implement a satisfactory share sheet in Android — you could say it's been one of the platform's weakest features. Even now, when I attempt to share something with a friend, I'm greeted by direct share targets of no use whatsoever. Either that or you get an app's custom sharing menu instead, with varying degrees of usefulness. Because of this inconsistent experience, many users like to replace the default share sheet using a third-party app like Sharedr. Unfortunately, as of Android 12, that's no longer going to be possible.

With the Android 12 beta, the ability to set a third-party service as the default share dialog was seemingly being blocked as it would no longer show the prompt necessary to select a default app. The developer of Sharedr took to the Android IssueTracker (via XDA Developers) to complain but Google's response clarifies that this is the intended behavior going forward:

It will still be possible to use third-party sharing menus, but you'll have to go through the extra step of selecting the app in the share sheet first, which rather defeats the purpose. Unless you're using the beta, this won't affect you for a little while — the current behavior in Android 11 and earlier will remain the same.

This is a real shame for app developers who have sunk considerable resources into developing such apps, especially when you consider that it's Google's inability to design a consistent UX that led to these apps cropping up in the first place. If Google isn't going to allow third-party developers to fix this problem, it needs to provide a decent solution itself — don't hold your breath, though. 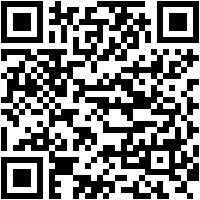 Battle of the bots: Roborock’s new S7 and advanced S6 MaxV duke it out for keeps