Xiaomi was labeled a national security threat in the United States during the waning days of the Trump administration, following similar action against Huawei and ZTE.  The company filed a lawsuit against the US government in order to prevent the ban, and on May 12, both parties have reached a settlement that will remove the technology giant from being blacklisted altogether. Now, Xiaomi has published a statement on the litigation, announcing that the US District Court of Columbia issued a final order, formally lifting all restrictions.

Though it was never added to the entity list, the move blocked Xiaomi from acquiring goods and services from US vendors and required American investors to divest their stakes in the company. Under May 12's arrangement, both Xiaomi and the Department of Defense have agreed to vacate its designation as a "Communist Chinese Military Company," with a final joint proposal to end the order now available. This action follows an injunction set back in March, which blocked US restrictions on Xiaomi after a US District Judge referred to the designation as "arbitrary and capricious." 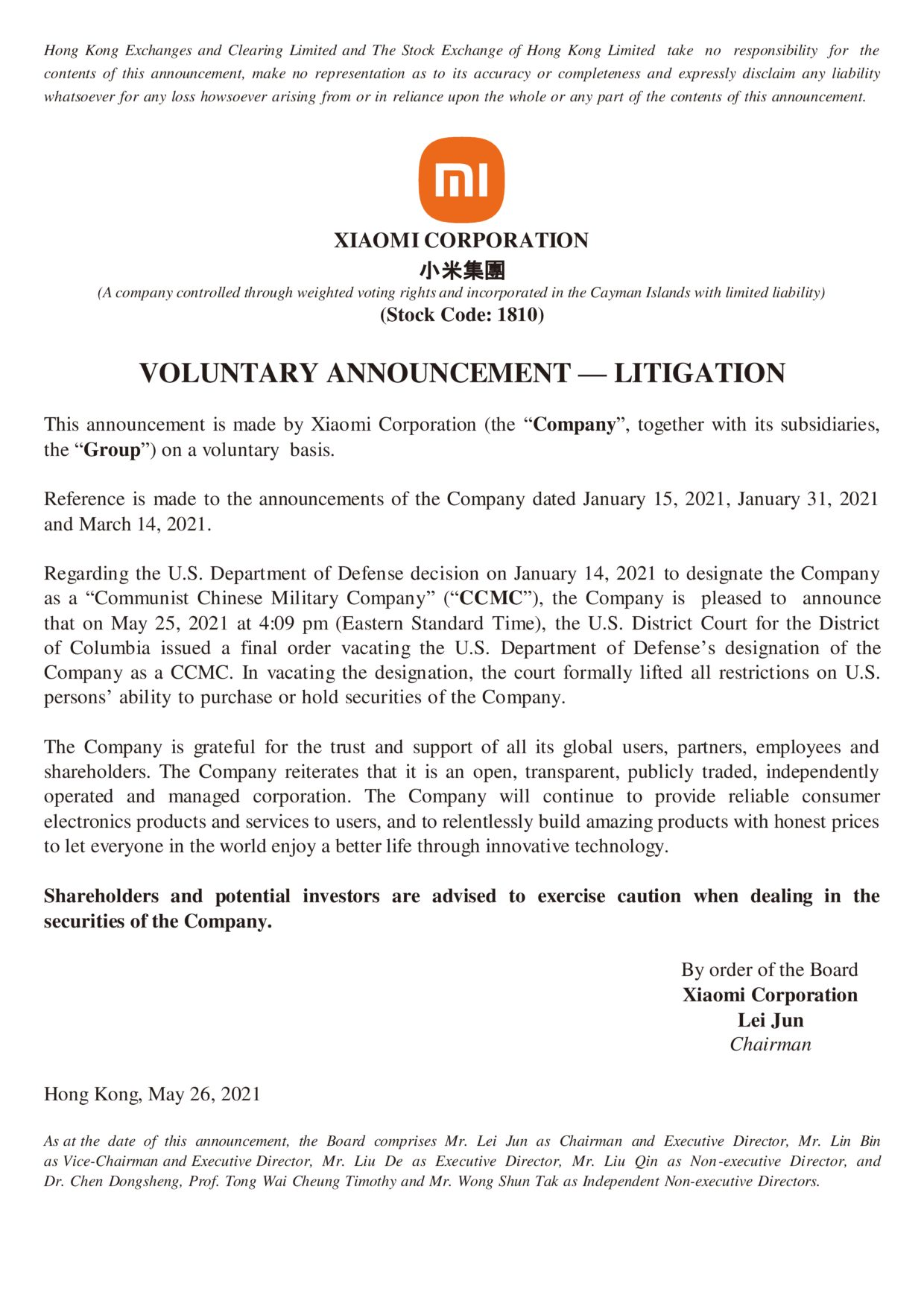 Xiaomi, a publicly listed company with a global presence, has pushed back against connections to the Chinese government since January. In a statement released following the initial order, it stressed that it "is not owned, controlled or affiliated with the Chinese military and is not a 'Communist Chinese Military Company.'"

Though this is good news for Xiaomi, it's unlikely that Huawei will reach a similar agreement, as the Biden administration has been slow to ease most restrictions on China. In March, acting FCC Chairwoman Jessica Rosenworcel relisted the company as a "national security threat."

The article has been updated with a statement from Xiaomi, confirming that the injunction is now completely off the table.