Folks on the Apple side of the fence can pick up the AirPods if they want a tightly integrated audio experience, but the closest we've got on Android is Samsung's Galaxy Buds lineup. If you have a Samsung phone, these true wireless earbuds work like a dream, and they're still pretty good on non-Samsung phones with the Galaxy Wearables app. Samsung even offers bonus cash when buying a new phone to make accessories like earbuds cheaper... if you can decide which ones to buy. Samsung has launched new Galaxy Buds at every opportunity in the last few years, and they're all still on sale. So, which ones should you get?

Samsung's current true wireless earbud lineup consists of the Galaxy Buds, Galaxy Buds+, Galaxy Buds Live, and Galaxy Buds Pro (left to right above). The Galaxy Buds are the oldest, launching just over two years ago. These are perfectly serviceable earbuds that'll last about five hours on a charge, and the wireless charging case has two more charge cycles inside. Samsung still lists the OG Buds for $149, which is too much when you look at the rest of the Buds family. 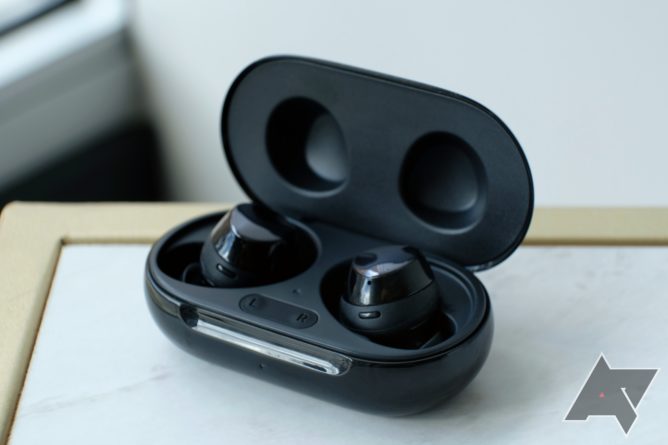 The Buds+ improved the battery life and audio quality compared to the original, but they're no longer the best Samsung earbuds.

The Galaxy Buds+ launched a year after the original buds, adding a dual-driver array for better audio and much longer battery life. The Buds+ can play for 10-11 hours without recharging, and the case still has about two more charge cycles inside. It still sports wireless charging, plus faster wired charging. The $150 price tag is reasonable, and sometimes the Buds+ are on sale for even less than the OG Buds.

Samsung rolled out the $170 Galaxy Buds Live, which I affectionately refer to as the Galaxy Beans, just a few months after the Buds+. The Buds Live are the most distinct in Samsung's current lineup because they're not in-ear buds. They rest in your ear comfortably, but there's no silicone tip that goes in the ear canal. They offer noise cancelation, but the lack of a tight seal makes that of little use. Nevertheless, if you have bean-shaped ears like me, the Buds Live are super-comfortable. 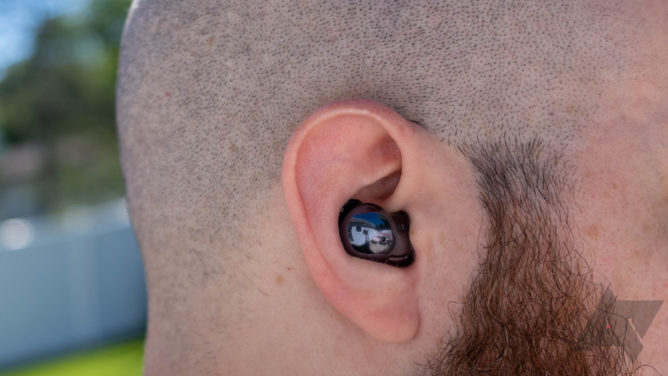 The Beans are very cozy in my ears.

Samsung's latest Galaxy Buds Pro launched earlier this year alongside the S21, and they finally offer useful noise canceling. The silicone tips seal in your ear canal, blocking out the real world. Samsung also equipped the Buds Pro with redesigned speakers and more microphones. They can run for eight hours on a charge without ANC, and the case holds two more charge cycles inside. With ANC, it's more like five or six hours per charge. Naturally, the Buds Pro case has wired fast charging and wireless charging. These Buds are a little more spendy at $200.

Which Galaxy Buds should you get?

For most people, the Galaxy Buds Pro are the set to buy. The $200 asking price is reasonable for what you get. These earbuds got a 9/10 and the Most Wanted award when we reviewed them a few months ago, and everything David says still holds true. The audio quality is noticeably improved, and ANC works much better than it does on the Buds Live. The fit is pretty typical for in-ear buds, but some people have found they don't sit very comfortably. 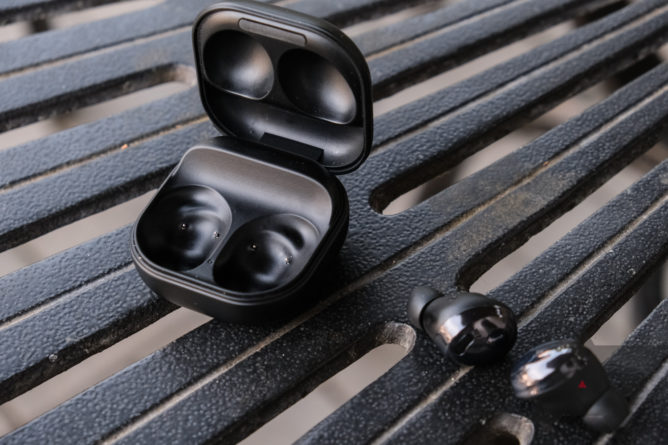 All ears are different, but if you don't want silicone tips in your ears, the Buds Live are a good backup choice. The audio doesn't have the same punch due to the open design, but my ears really like how they nestle in there. If you can get them steeply discounted, they might be worth getting over the Buds Pro. The original Buds are not worth buying anymore, but the Buds+ might be doable if they get down to about half price.

Samsung announces the Galaxy Tab S7 FE if you want to save a little, and the Tab A7 Lite if you ...