The Pixel 5 was somewhat of a disappointment in the performance department. At $700, it was $100 cheaper than the Pixel 4, but its performance really seemed more reminiscent of $300-400 mid-range phones than other $700 phones with more upmarket CPUs and GPUs. Thankfully, Google seems to be addressing that shortcoming with the Pixel 6, using a high-end Mali-G78 GPU. 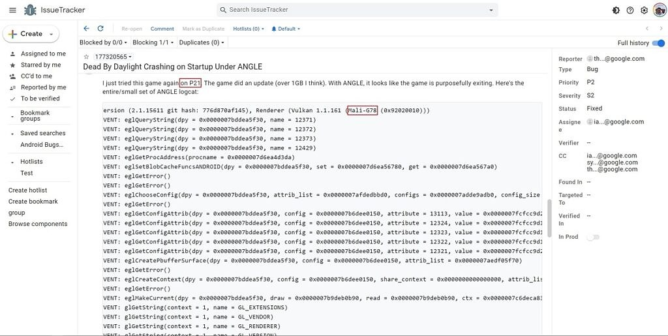 This leak comes courtesy of a logcat posted by a Googler in a comment on the Google IssueTracker. In this logcat, intended to address a game called Dead by Daylight crashing upon startup using Google's ANGLE tech, the device, noted as P21, is using the Mali-G78 GPU. Versions of this graphics processor are used in the Exynos-powered Galaxy S21 and the Huawei Mate X2.

As XDA notes, the Mali-G78 comes in different variants; the Mate X2 has a 24-core version, but the Galaxy S21 uses a 14-core model. There are no specifics on the variant in the Pixel 6 at the moment, but with its launch likely coming in three months or so, we should know soon enough.

Fitbit adding 2FA, because your health is no one's business but yours