Millions of smartphones are sold every year, and that's a number we often see companies boasting about. Unfortunately, this also means that millions of them end up in landfills since old software and tired components don't often make for an enjoyable experience. Samsung decided to address this issue back in 2017, but iFixit, the partner it decided to work with, reveals how the company watered down the initial idea so much that it's "nearly unrecognizable."

It all started back in 2017 when iFixit was given an inside look at Samsung's attempt to upcycle older Samsung phones. Smartphones contain powerful processors, cameras, wireless modems, and a hoard of sensors. This means they could be repurposed into intelligent fish tank monitors, controllers for all your smart home devices, weather stations, nanny cams, or plenty of other gadgets. Samsung, with the help of iFixit, wanted to make this happen.

A 2017 video on Samsung's Galaxy Upcycling program (in partnership with iFixit) showcases how a phone could be turned into a fish tank monitor.

The idea was to let users sift through Samsung's website to see how they could give their old smartphones a new purpose. If the user liked the idea, they could directly place orders for additional sensors or software needed for the implementation.

For the sake of the project, Samsung had even planned on unlocking the bootloader of its older phones and letting users make use of whichever OS they wanted to. This would incidentally support projects like LineageOS that breathe life into devices no longer supported by smartphone companies. 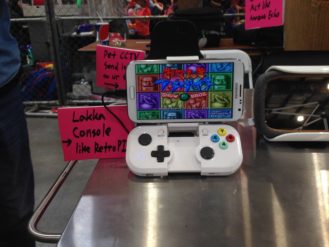 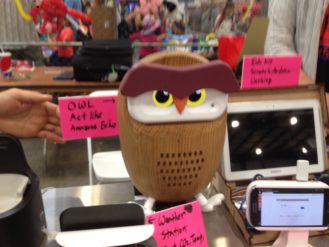 Samsung phones repurposed to be a retro gaming console (L) and a smart speaker assistant inside a wooden owl enclosure (R) shown at the Maker Faire 2017. Credit: iFixit

However, iFixit never saw anything more than preview software, and Samsung stopped responding to their emails. Apparently, Samsung's leadership wasn’t excited about a project that didn’t have a clear product tie-in or revenue plan.

Fast forward to 2021, and Samsung announced a far less ambitious Galaxy Upcycling at Home initiative. The new program only extended back to the three-year-old Samsung Galaxy S9 and was limited to trivial applications (light or sound sensing) that a $30 sensor could've achieved.

Samsung has extended the life of its newer smartphones by offering longer software support but ducking out on an idea that could've prevented older devices from contributing to the growing e-waste problem isn't a good look for a company that supposedly wants to minimize its impact on the environment by removing in-box chargers and earphones.