Back in 2019, we reported Samsung's in-house email client passed one billion installs, showing how popular the brand is. Indeed, as the app is pre-installed on most Samsung devices and only works with the manufacturer's handsets, it gave a good picture of Samsung's representation on the Play Store. This time, it's the Korean firm's note-taking app that just passed the same threshold.

As with many other Samsung Apps, Notes is only compatible with Samsung devices. Part of the reason why it needed an extra year and a half compared to its email counterpart to pass the same threshold is mainly explained by the fact that some older Samsung devices didn't come with it pre-installed, and the app seems to have been moved to the Play Store more recently too.

That being said, it remains a great solution to take notes on your Samsung device, especially if the latter comes with an S-Pen. It's also constantly updated, as it got a bunch of new features back in February. If you have a Samsung phone, you should definitely give it a try using the link below. 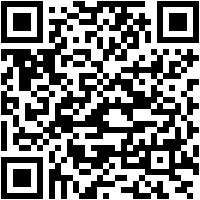 You can now password-protect your Google account's My Activity history