Like most mobile game announcements, details today are pretty light. The big news is that 11 Bit Studios has teamed up with NetEase to bring Frostpunk to mobile, though it does sound like NetEase will make more than a few changes to the core game for this mobile release. Perhaps a simple reference to expected changes like the addition of a touch-based UI and controls, though the lack of detail on this front sure is a little worrying. More or less, it would appear that Frostpunk Mobile won't be a direct port, but NetEase has made it clear this isn't a separate title either, pretty much existing someplace in between the two.

Authentic to the original Frostpunk signature gameplay mechanics that players used to, Frostpunk Mobile will let players dive deeper into the post-apocalypse society survival experience. With new features such as Roguelike Adventure, Law and Guild, Rare Animal Rescue Station, and Character Development, Frostpunk Mobile has its sight set on providing an immersive experience for worldwide players.

The above quote from today's PR does at least state that NetEase plans for authentic gameplay in the mobile version of Frostpunk, and it also details that new features not found in the console/PC game will be included, such as a roguelike mode and some sort of animal rescue station. So it seems the game will differ in some ways, though it's still unknown how it will be monetized, which is the most significant area for concern when it comes to mobile games. 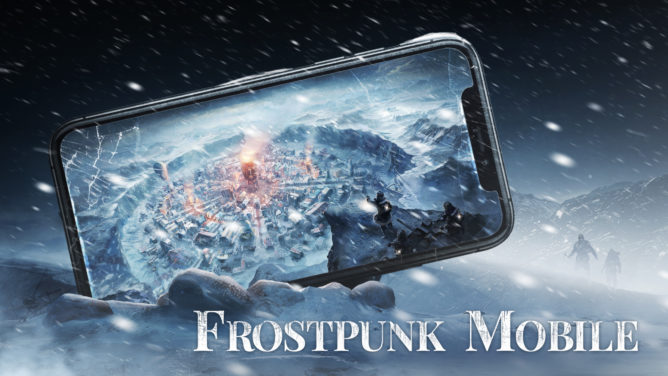 At the very least, NetEase plans to announce more about Frostpunk Mobile on May 20th during its annual Product Launch event, so it would appear we won't have long to wait to learn more about the game. Until then, feel free to explore the brand-new website for Frostpunk Mobile.

Dear Captain:
We received a letter signed by the Frostpunk Mobile development team.
Do you need to take a look at it?#Frostpunkmobile pic.twitter.com/NnbAUsYrhY

Above, you can read the new FAQ for Frostpunk Mobile, recently shared on Twitter by the official Frostpunk Mobile account. As you can see, some of the concerns shared in the article above are addressed in this FAQ. So we now know that this mobile interpretation of the popular indie city builder will indeed contain in-app purchases. However, it sounds like the focus of this monetization will be centered around cosmetics, which is good news.

Apparently, there will be two modes available in Frostpunk Mobile, an Endurance Mode, and a Serenity Mode. The Endurance Mode sounds like it will offer a challenge where each decision you make is permanent, which more or less sounds like the hardcore mode for hardcore gamers. This mode will not contain any in-app purchases. Then there is the Serenity Mode, which sounds like the area where players are free to build as much as they like without any constraints. However, this mode will contain in-app purchases for architectural appearances and resources (that can also be obtained in the game by playing), and this sounds like it's the primary source of monetization. While I'm sure everyone would prefer a premium experience exactly like the original Frostpunk, so far, what's detailed in the above tweet doesn't sound too egregious, though balancing will play a significant role, so we'll have to wait to see how that pans out.

The above FAQ also reveals that Frostpunk Mobile will be a single-player experience, and once released, it will include a single scenario that will be different from the PC version, though it will look similar since it's also a snowy scene. Sadly we still don't have a planned released date or any dates for the upcoming regional testing rollouts, though I'm sure these details will be shared soon enough.

Google Drive is fixing the most annoying part about sharing docs