Remember Google Reader? The popular RSS app was a great way to follow the day's top stories before being prematurely killed off. Users still mourn the loss of Reader, but Google is now testing a similar function with a new experiment. If you're running Chrome Canary on Android, you might be able to try out Google's new "Follow" button to stay up-to-date on all of your favorite websites (like ours).

The feature was initially spotted by Chrome Story back in February, while still early in development. Now that the experiment is official, we know a little bit more about it. The "Follow" button appears in the overflow menu next to the site's name with a blue highlight. Once you're subscribed, you can find updates from your favorite publications under the "Following" section in a new tab. 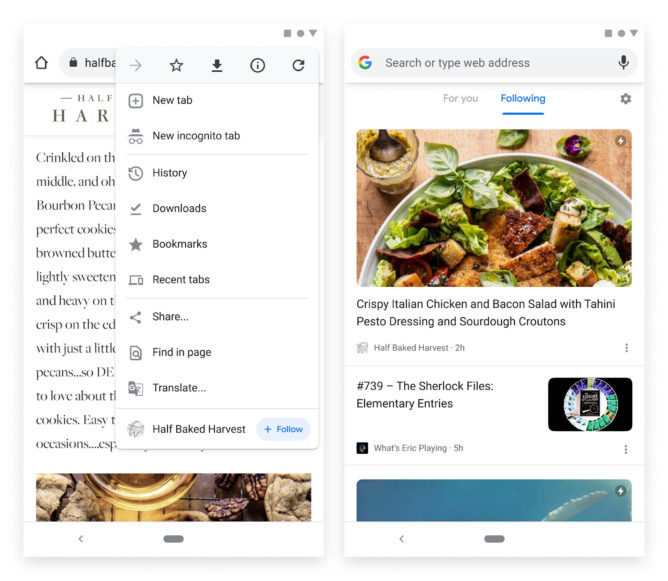 As with the original leak from months ago, it doesn't seem like there's any way to activate the feature manually — Google says it's coming to a select group of Canary users on Android over the coming weeks. If you're a publisher, you'll want to make sure your RSS is updated to help deliver your latest content to your subscribers. Google says more guidance for publishers will arrive if and when this feature becomes an official part of Chrome, but for now, it's still in its testing phase.

Google confirmed this test at I/O, promising the feature would come to some Canary users over the next several weeks. We've updated the article with official screenshots and more details on how the "Follow" button works.

Check out Google's new apps and tiles on Wear OS