Last year, Google rolled out a permissions exemption for contact-tracing apps that allowed them to scan for Bluetooth devices (you know, to keep track of people you may have been too close to during peak Covid) without needing to call the full location permission to do that, as they had to before. Now that change is rolling out even more widely. Android 12 Beta 1 has a new permission just for Bluetooth scanning.

This might sound confusing at first glance, but it's actually meant to make things both simpler for developers and less sketchy for you, as fewer apps will need to request location permissions to deal with Bluetooth.

See, back in Android 6 Marshmallow, Google changed things so that apps needed location permissions to scan for Bluetooth devices. At the time, the rationale was that Bluetooth was going to be used for things like interior navigation or location tracking in a more abstract sense, and your location could indirectly be inferred via Bluetooth scanning alone if a given hardware identifier was tied to a specific location. However, Bluetooth (and Bluetooth scanning) is also used for a whole hell of a lot of other things that have no basis in location-tracking at all. For example: Since 2015, smart home gadgets have taken off, and many of them use Bluetooth for the setup process.

In short, plenty of apps had to make a big scary-looking location permission request when they weren't doing anything with your location data at all, resulting in customer confusion and developer angst. 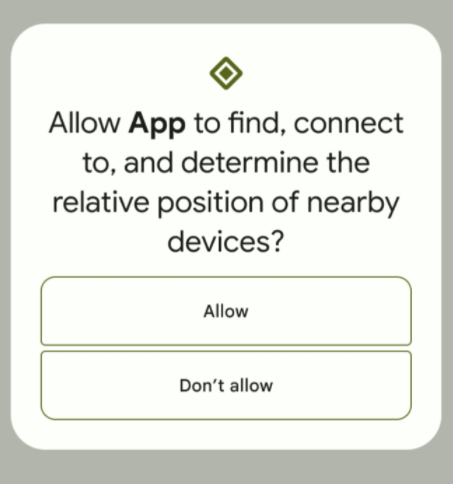 It's not an immediate change, and apps will need to be updated to use the new Bluetooth Scan and Bluetooth Connect permissions. But, it does mean fewer apps will be requesting your location access in the future when all they need is Bluetooth to work.

The feature is live in Beta 1 already for developers to play with, but consumers won't see it until Apps update to take advantage of it.