Wear OS isn't great. That's an opinion that seems to be fairly universal (with the usual exceptions), especially when you start comparing Android-powered wearables to those from Samsung, Fitbit, and of course, Apple. Google knows this, and they're working on it. Never has that been more apparent than at today's Google I/O developer conference keynote.

The problems with Wear OS are legion: inconsistent design, lack of app support, poor performance (even on newer hardware designed for it), and abysmal battery life. It's not the worst thing in the world to be sure; OnePlus managed to put out a wearable that was even worse, despite addressing some of those very concerns.

But that might change later this year. Google is teaming up with Samsung, makers of some very well-received wearables based on its in-house Tizen platform, and Fitbit, which the company acquired back in 2019. The end result will be a completely rejuvenated Wear OS — at least, hopefully — combining the flexibility of Google's software, the longevity and performance of Samsung's Gear devices, and the fitness smarts of Fitbit. Samsung has committed to making its next Gear watch using this new and improved Wear OS, and at least some future Fitbit designs will be powered by Wear. 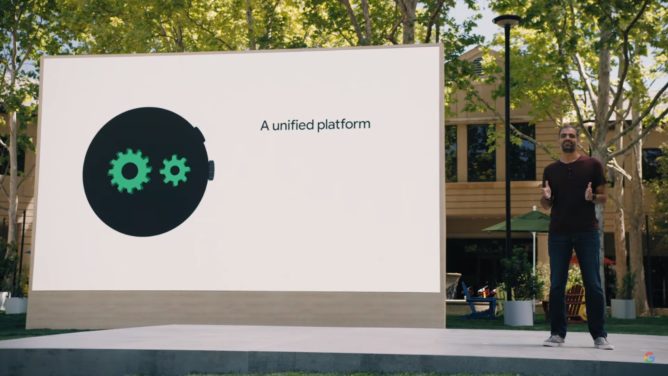 But this announcement isn't pleasing everyone. Fitbit users in particular are quite happy with the current state of their wearables and their fitness platform, and didn't react with instant joy upon Fitbit's announcement. Some Samsung fans are expressing similar concerns, even after the company reiterated its commitment to three years of updates on wearables. Whether existing (and expensive!) Gear devices will be upgraded to the new Wear software wasn't addressed.

So here's your chance to sound off. Tell us what you think of this monumental change in Google's approach to its wearable strategy down in the comments. And as always, please keep it civil.