Android 12 will likely be a key focus today as Google I/O kicks off, probably with a whole new interface and tons of new features — some of which we have already come across in developer builds. But it looks like privacy is going to be the main buzzword this time around as Google is working to overhaul its approach, following in the footsteps of Apple. In the latest leak, we get to see what Android 12’s long-rumored control center for your device's privacy is going to look like.

Most recent Android phones already have a rudimentary privacy dashboard in place. But the screenshots obtained by XDA show that Android 12’s redesigned panel will not only look different but will also display more useful information. You’ll be able to see the exact time and duration things like your camera, microphone, and location were accessed, as well as by which apps. 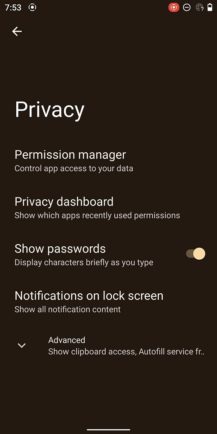 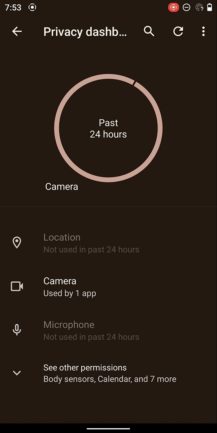 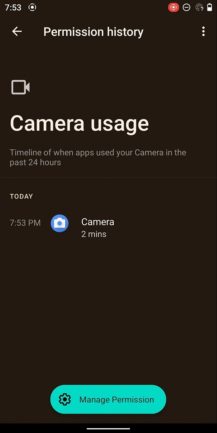 It's not going to be limited to these three components; the dashboard will list other permissions too, allowing you to take a quick overview and deny any unnecessary permissions from the same screen. Privacy will be a sub-section inside Android 12's Settings app, as shown in the video below, to make it easier to access. This redesigned console will likely be an extension of the improved privacy indicators that will take you straight to the relevant permission page.

While still a much-needed step in the right direction, this privacy dashboard is a far cry from what Apple’s been doing with iOS. Google is simply playing catch-up with its plans to introduce App Store-like privacy disclaimers about a year from now. As The Information points out, these steps won’t stop apps from amassing your personal data and using it to serve you targetted ads. Google's approach to privacy is going to differ from Apple's as it would still want advertisers to be able to tailor ads, which make for a big portion of its overall business.

Take one final look at what Android 12 has in store for you before Google makes a formal announcement at today’s I/O keynote.

Panasonic built a 7" Android tablet that's basically made for me