Last year's Samsung Galaxy Z Fold2 was arguably one of the best phones of 2020. It was the first tablet-style folding phone that truly felt like the future of foldables rather than a prototype. It came with the latest Snapdragon 865+, a flagship-grade camera setup inherited from the Galaxy S series, a 120Hz display, and a new, more durable folding glass display — real glass, just very thin and topped by a polymer. After almost 8 months, is the Galaxy Z Fold2 worth getting? Let's discuss.

The Z Fold2 is still the best folding phone

Samsung has also been on top of things when it comes to The Z Fold2's software and update situation, so you don't need to worry about it being behind if you buy one today — or being left behind tomorrow. It's running Android 11 with One UI 3.1 with the latest security patches, and Samsung hasn't been slow when it comes to those updates, either. The phone is also guaranteed to get two more major Android updates, all the way to Android 13, plus security updates for at least three more years. From a software and support standpoint, there's plenty of life left in it. 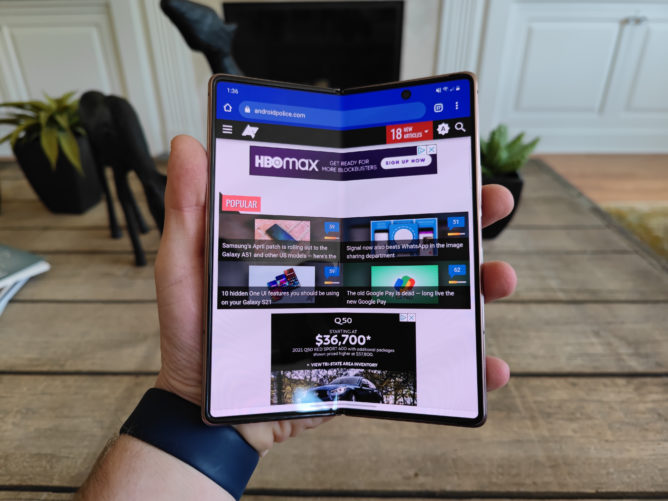 Cynics and those that followed the original Galaxy Fold debacle may still wonder if the hardware itself will last as long as those software promises. And honestly, I think it will.

I've been using my Galaxy Z Fold2 on and off since launch, and it's held up admirably. As those that follow me on Twitter can attest to, I have a reputation for phone abuse. I even took the screen protector off my Z Fold2 as soon as I got the phone, but the display has held up well; there are a few minor dents in the plastic layer over the ultra-thin glass, but nothing noticeable unless you're looking for it. The hinge has also handled the months well, and the folding action hasn't gotten any looser since I got it — a problem I ran into with my original Z Flip.

I would honestly expect The Z Flip2 to last at least a year or two more at my harder-than-average level of abuse, especially since my original Galaxy Fold is still doing well after almost 2 years. 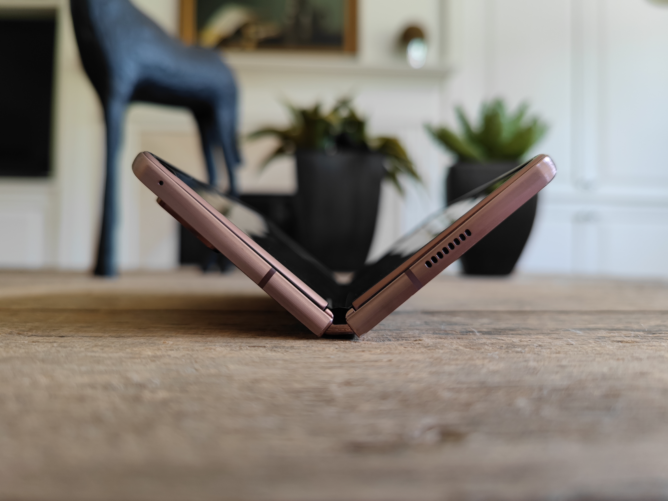 Still, I'd wait for the Z Fold3

Something else to think about is the price. The Galaxy Z Fold2 currently retails for $1,800, $200 less than its launch price. This is by no means cheap, but for the best foldable on the market, it's a decent discount and a fair price. I was ok with spending $2,000 on the Fold at launch, but now that it's $200 less, I would still recommend it. Still, I'd wait for the Z Fold3 if I were buying a phone this year.

The Galaxy Z Fold3 is rumored to come out later this year (potentially this summer) with an under-display camera, new ultra-thin glass, and even an SPen — Samsung's name for its fancy stylus. On top of that, and given the company's prior commitment, the next Z Fold phone should see software updates all the way to Android 14 and a minimum of 4 years of patches from its launch.

Taking all that into account, if the rumored August release date is correct, I think it's worth waiting just three short months to get a device that'll last an extra year and is likely to have substantial hardware upgrades. However, there is no word yet when it comes to pricing, and that could swing those hunting for a deal to the Z Fold2.

Given the sort of upgrades that the current leaks indicate, a price bump is possible, and that could make the Z Fold2 and its recently discounted $1,800 price a more attractive option. After all, we're talking about phones that cost nearly two thousand dollars — or more, depending on how things go this summer.

If you're looking to get a Z Fold2 now and money is no object, I'd recommend waiting for the Z Fold3. But if you'd rather save a few hundred bucks, the Z Fold2 could be a "budget" option (for very wide definitions of the word budget). Given my experience of the phone's durability, picking up a Z Fold2 for an even bigger discount used may not be that big a risk.