Huawei may not be selling its phones in the United States again anytime soon, but it has yet to throw in the towel on Android phones. Over the last several months, we've seen several leaks from the company that put its next flagship phone on full display. Although we still don't know when the successor to last year's P40 series might arrive, a new leak gives us some hints about what we can expect from the device — and its enormous camera bump.

These official-looking renders come to us from Twitter user @RODENT950. Both photos show off the back of the P50, complete with what seems to be the rumored 1-inch Sony sensor we heard about back in March. Because both renders are far more detailed than what we've seen previously, it's easy to make out the three individual lenses housed in the top module, along with a single lens in the bottom one. If the 1-inch Sony IMX 1000 sensor is indeed included in the P50 series, it's likely within that bottom module. 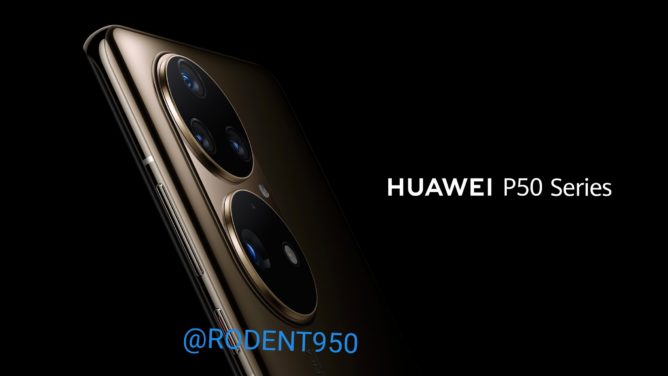 Outside of the focus on its camera, the leaks don't reveal much else. It does seem like the P50 will be utilizing a curved display, adding credence to the initial rumors from December. There's still no word on when Huawei might finally unveil its latest flagships, but with these official-looking renders now online, it seems like only a matter of time.