The Galaxy A series represents an excellent intersection of performance and price, and now there's a new option sold straight on Google Fi. Google's offering the Galaxy A32 5G, announced at the start of this year, sold directly from the Fi store. It's $280 outright, which is only a little more than you'll find the phone unlocked. But as good a deal as that is, new Google Fi customers probably shouldn't pick one up.

Why not? Well, the A32 is a capable little phone. Sorry, no: it's a capable big-ass phone, because it's 6.5 inches with a 720p LCD display at 90Hz, and it's packing a massive 5000mAh battery underneath. The processor is a MediaTek 720 5G, paired with 4GB of RAM and 64GB of storage (on this model; 128GB versions do exist). It has no less than four rear cameras, 48/8/5/2 megapixels, plus a respectable 13MP front-facing camera. And, mercifully, it's running Android 11 at launch. 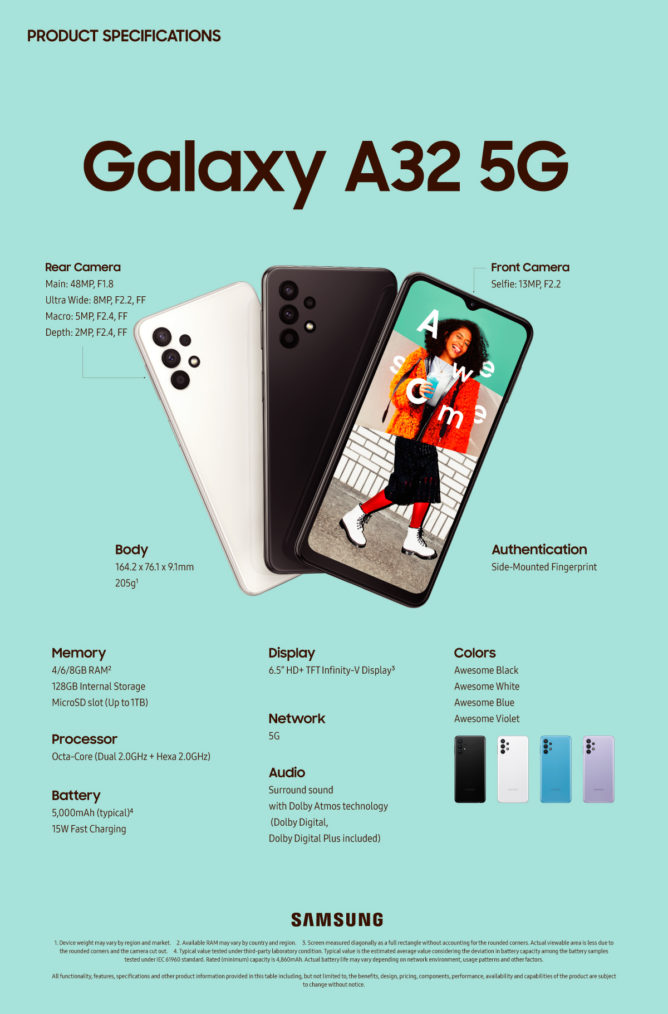 Note: the Fi version has 64GB of storage, 4GB of RAM, and only comes in black. 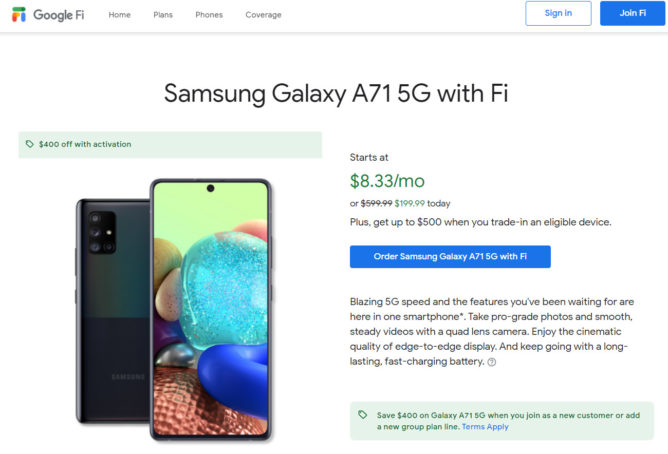 Despite being a model year older, the A71 has a much bigger 6.9" screen with an AMOLED panel and better resolution, a much more powerful Snapdragon 765 processor, an extra 2GB of memory, double the storage, and a better camera setup: 64/12/5/2MP on the rear and 32MP on the front. It's also better aesthetically, with thinner bezels and a hole punch camera instead of a teardrop. And though its battery is 10% smaller, I think the superior Qualcomm chipset will make up the difference. And yes, it's now running Android 11.

What's the catch? You have to be either a new Google Fi subscriber or adding a new line in order to take advantage of that sweet $400 discount. Yeah, that's a bummer. But if you're looking at switching to Google Fi anyway to save a good chunk of dough, it's currently the best deal you're going to find without reaching into the $350 range.

If you're looking to buy something new on Google Fi specifically, I'd step up from the Galaxy A32 to hit the Pixel 4a at $350 (which is admittedly a lot smaller, but runs a much better chipset). Or I'd maximize my savings with the Moto G Play 2021, which has slightly lower specs than the Galaxy A32, plus a Qualcomm chipset and minus a 5G radio, for just $170 outright. Google is offering $120 off of that phone for new activations, bringing it down to a shockingly low $50.