The open beta for League of Legends: Wild Rift kicked off in March, and so I took the MOBA for a spin to see how it stood up to the competition. I came away impressed, but for a live service game like this, development never stops, and so the latest patch drops today. Version 2.2c brings with it many new additions, including a brand new champion, eight new skins, some new accessories, a couple of new events, plus tons of champion balance patches. Not all of this will be available at once, but you can expect this content to trickle out by the end of the month.

First and foremost, the arrival of Renekton, the Butcher of the Sands is the standout in today's update patch. We can also expect a champion rotation on May 13th, with another on the 20th. And if you're interested in exactly who is rotating when, below you can find the specifics in the quoted text.

New accessories are also in the mix, with some examples in the screenshot below. These will range from Icons, Emotes, Homeguard Trails, Baubles, and Recalls. 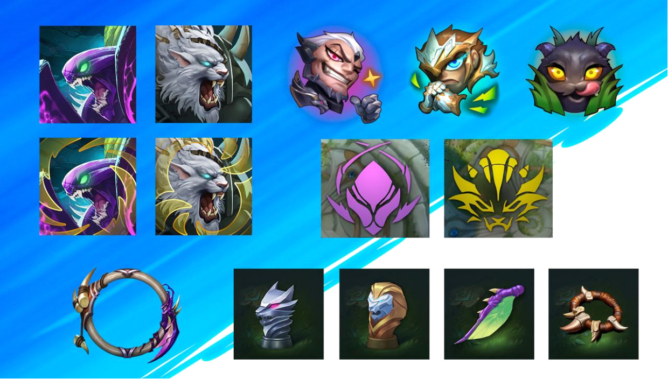 Players can also expect two new events to take place later this month, and they are called Pride and Jubilant Colors. Both will begin on May 24th, with more information to come sometime soon. A second Nemesis Duel is also expected to arrive sometime later in the patch, but no date has been provided. Of course, if you'd like to read through the entire changelog, you can find it on the official Wild Rift website.

All in all, today's patch is hefty, bringing with it a new character, a couple of new events, some fresh skins/accessories, plus tons of champion changes to rebalance things for the better. So if you're a fan of MOBAs or simply love the LoL brand, it's looking like development for the current League of Legends: Wild Rift beta is progressing at a nice clip.