After testing it for months, Google has finally started flipping on dark theme/mode support for Search on the Web for a lucky few. So far as we can tell, it still hasn't hit everyone yet, and this could be just another test or a limited rollout ahead of a formal announcement. Still, reports today seem quite a bit more widespread than they were the last few times Google played with the feature on customers' computers.

The new dark theme replaces the vast white expanses of Search with a dark gray, inverting text and most icons into various shades of gray and white that are ostensibly easier on the eyes at night, and it should be able to follow system settings on supported platforms.

Several folks over on Twitter in several markets have spotted the feature on Search for the web. When it first appears, a notice will appear at the top of your results explaining that "dark theme is now available" and that you can "turn it on for a more comfortable reading experience while you search."

Above: Light theme with the dark theme notice in Search. Below: Dark theme. Both images: @MattNavarra.

Paired with the change, you get a new icon that indicates your current theme next to the Google apps icon and avatar in the corner: a sun for the bright/light theme and a moon for the dark/night theme. Together with that, you'll also see a new "Appearance" section in search settings that lets you enable or disable dark theme or set it to follow your system settings. 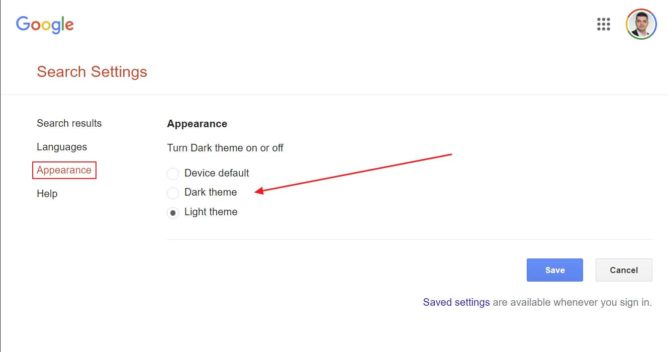 Though most reports indicate the feature has only started rolling out for Search on desktops, we've also seen a handful of reports for the same light/dark mode icon appearing in Search on mobile, though reports indicate it's non-functional. 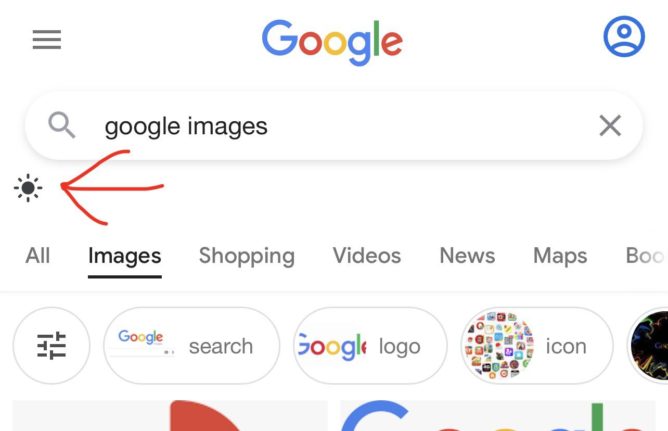 I hesitate to say that today's development constitutes a wide rollout of the feature (since Google has yet to announce it and it very clearly isn't available for everyone just yet), but this could be the limited start to such a rollout. With Google I/O set for next week, a formal announcement could be coming soon.

When asked for comment about this development, Google would not specifically confirm that a wider rollout is underway, noting that it's "always testing new ways to improve our experience for our users," but there's no formal news to announce.

Updated with Google response to our inquiry.